In this era of phobia for fats, where real barriers to low-fat or fat-free foods have been erected on grocery store shelves, it may seem strange to the consumer to hear about essential fatty acid supplements. In fact, these recommendations make perfect sense.

It is true that each individual should not consume more than 30% of their daily caloric intake in the form of dietary fat, but a deficiency in essential fatty acids probably plays a significant role in the onset of many chronic degenerative diseases.
In fact, many experts estimate that about 80% of the American and European populations do not consume sufficient quantities of essential fatty acids .

This real dietary deficiency can prove to be a health hazard. Let's find out why and what essential fatty acids are used for.

Essential fatty acids: what they are

They play fundamental roles in many tissues: they participate in the construction of cell membranes, allow the synthesis of various substances, promote the maintenance of metabolic parameters such as cholesterolemia and blood pressure, protect against the development of pathologies (such as atherosclerosis, thrombosis and embolisms), support the nervous system and visual function. We have talked about the positive effects on health in depth here .

The industrial refining of fats, oil-based products and foods containing these substances has effectively eliminated essential fatty acids from our food chain. In addition to this, there has been a dramatic increase in the amount of non-natural fats and oils in the diet, in the form of trans fatty acids and partially hydrogenated oils.
These 'synthetic fats' (i.e. added to make the food product more palatable to the consumer and artificially produced) have become central to the diet, but our organic systems have not evolved to the point of being able to manage them. The degradation of polyunsaturated oils therefore leads to a general deficit of these nutrients which are so basic for life.

Listed below are some typical, but not exclusive, signs and symptoms of an essential fatty acid deficiency. 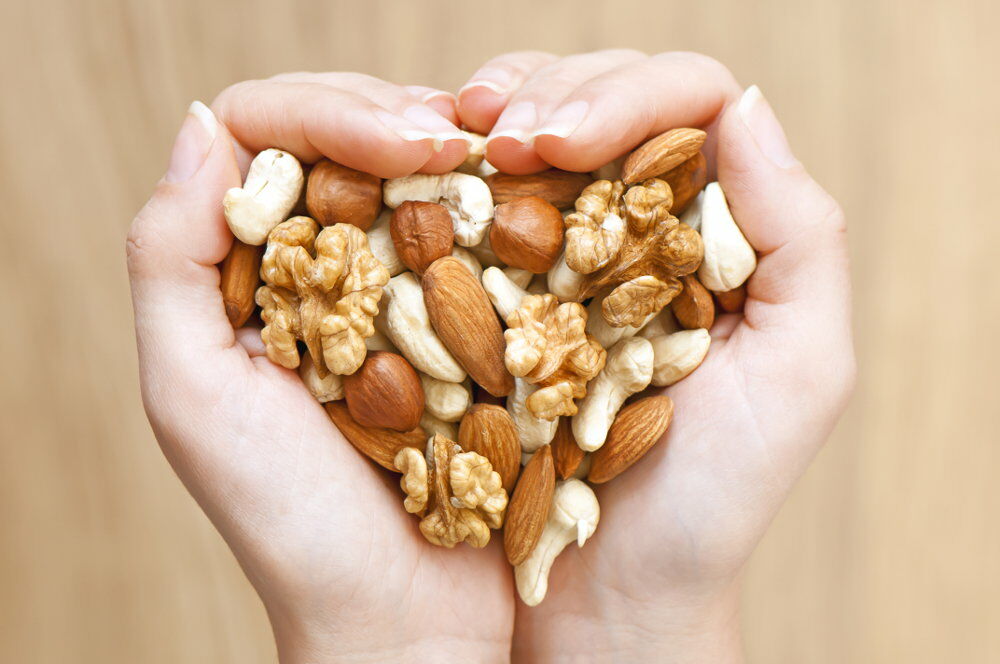 Omega-3 and Omega-6 and prostaglandin metabolism

Omega-3 and Omega-6 and prostaglandin metabolism

The balance between Omega-6 and Omega-3 oils is essential for the proper metabolism of prostaglandins.

Prostaglandins (and all related compounds) are hormone-like molecules derived from 20-molecule carbon fatty acids, containing three, four or five double bonds. Linoleic and linolenic acids can be converted into prostaglandins by reaching two carbon molecules and removing hydrogen molecules (if necessary).
Prostaglandins are important for the regulation of various factors:

Prostaglandins are classified based on the number of double bonds in fatty acids. Prostaglandins of series 1 and series 2 come from Omega-6 fatty acids, where linoleic acid is the starting point.

However, since delta-5 desaturase (the enzyme responsible for converting diomo-gamma-linolenic acid to arachidonic acid) prefers Omega-3 oils, the main source of arachidonic acid is the diet. Together with saturated fats, arachidonic acid is found almost exclusively in foods of animal origin .
The omega-3 prostaglandin pathway begins with alpha-linolenic acid which can be converted to eicosapentaenoic acid, a precursor to series 3 prostaglandins. Although eicosapentaenoic acid is found preformed in fish such as salmon , mackerel and herring , some vegetable oils, such as flaxseed and canola oil, can provide alpha-linolenic acid and increase the levels of eicosapentaenoic acid and series 3 prostaglandins in the body.
Prostaglandins of series 1 and 3 are generally considered to be ' good ', while those of series 2 are considered to be ' bad '. These attributes only make sense when the effects on platelets are considered. Series 2 prostaglandins promote platelet adhesiveness (a factor that leads to hardening of the arteries, heart disease and heart attack). Conversely, series 1 and 3 prostaglandins prevent platelet adhesion, improve blood flow and reduce inflammation.

By altering the type of vegetable oils consumed and accumulated in cell membranes, it is possible to 'manipulate' the metabolism of prostaglandins.

This sort of conditioning can be very effective in the treatment of inflammation , allergies , hypertension and other pathological states. In most cases, the goal is twofold: to reduce the level of arachidonic acid and to increase that of diomo-gamma-linolenic and eicosapentaenoic acids. This objective is generally achieved by reducing the intake of animal feeds (with the exception of fish typical of cold seas) and supplementing the diet with linseed oil.
Although several studies have shown that flaxseed oil is not as effective as fish oil in increasing tissue concentrations of eicosapentaenoic acid and reducing arachidonic acid concentrations, these same studies do not take into account an important factor. [1] [2]: Research participants continued to follow a diet rich in Omega-6 fatty acids.
A more recent study attempted to determine the potential of linseed oil to increase the concentration of eicosapentaenoic acid in the tissues of healthy human subjects [3]. Unlike previous studies, this involved a diet low in Omega-6 oils through the use of other vegetable oils and supplementing the diet with 13 g (about 1 1/2 tablespoons) of flaxseed oil per day. The results of the study showed that flaxseed oil supplements, together with reduced linolenic acid intake, increased tissue levels of eicosapentaenoic acid comparable only to fish oil supplements. 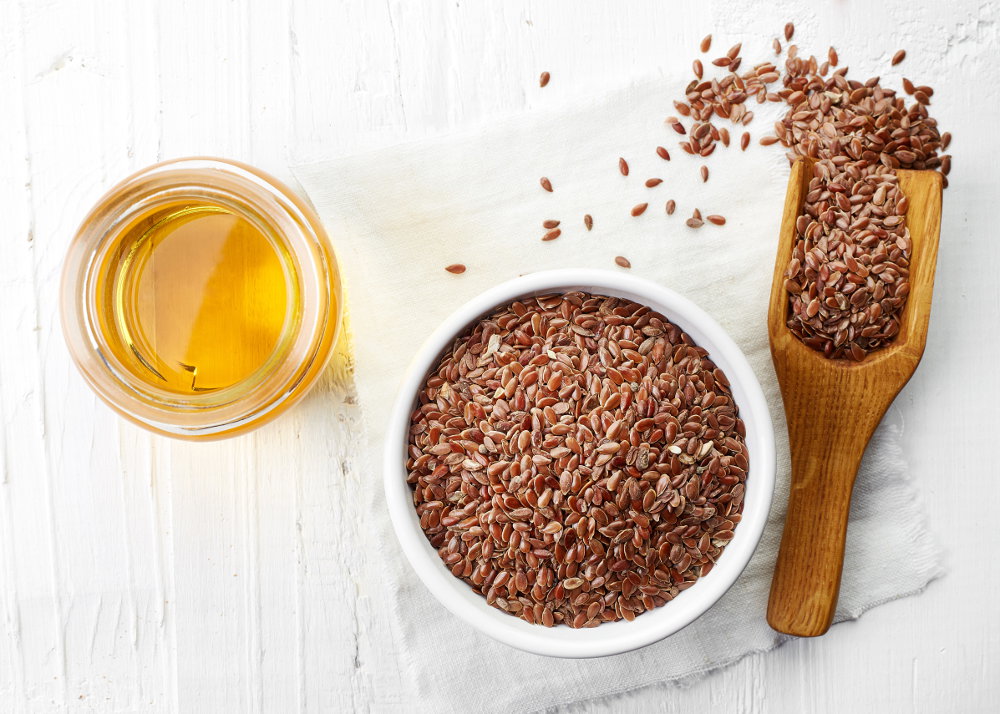 Evening primrose, blueberries, and borage oil contain gamma-linolenic acid, an Omega-6 fatty acid that acts as a precursor to the 'good' series 1 prostaglandins. Although gamma-linolenic acid supplements are quite popular, research results are controversial and not as positive as those about Omega-3 oils.

Flaxseed oil contains more than double the amount of omega-3 oil than fish oil, while also being a good source of linoleic acid. In addition, flaxseed oil can offer benefits that fish oil and gamma-linolenic acid products do not have or have at a much higher price.

The production of prostaglandin families belonging to series 1, 2 and 3 depends on the type and quality of the oils and fats we consume.

The challenge is to take Omega-6 and Omega-3 fatty acids in a ratio of about 4: 1, which is four times the number of omega-6 fatty acids compared to omega-3 [6], This means that to achieve optimal synthesis of prostaglandins, four parts of omega-6 must be consumed for each individual part of omega-3.

These data lead some to support the consumption of oil and fat products to approach the 4: 1 ratio.

Omega-3 fatty acids are naturally contained in foods such as sardine, mackerel, tuna, herring, cod, salmon, anchovies, salmon roe, chia seeds, linseed, hemp oil and dried seaweed such as nori and the kombu. In modern society, the Salt of Omega-3 supplements has become a real business, and before making the purchase, the consumer must consider some important details. A good supplement must:

Omega-3s are scarcely present in the most consumed foods in the Western diet (except for those listed above). Without a good frequency of fish consumption, it is not easy to reach the Omega-3 requirement necessary for maintaining a good state of health. Supplements are useful in this sense to ensure that the recommended quantities are reached.

Suggested articles
Sources of Calories: Carbohydrates, Fats and Proteins
Why are saturated fats bad for you?
The difference between saturated, unsaturated and trans fats