Why are saturated fats bad for you?
Home / Wellness / Feeling good insights

Why are saturated fats bad for you?

Every cell in the body is enclosed in a membrane made up mostly of essential fatty acids which make up compounds known as phospholipids.

A phospholipid differs from a triglyceride because instead of having three fatty acids linked to a glycerol molecule it only has two, and the third is replaced by a molecule which contains phosphorous.

Phospholipids have a fundamental role in determiningcell membrane integrity and fluidity. The type of fat consumed determines the kinds of phospholipids that are found in the cell membrane. 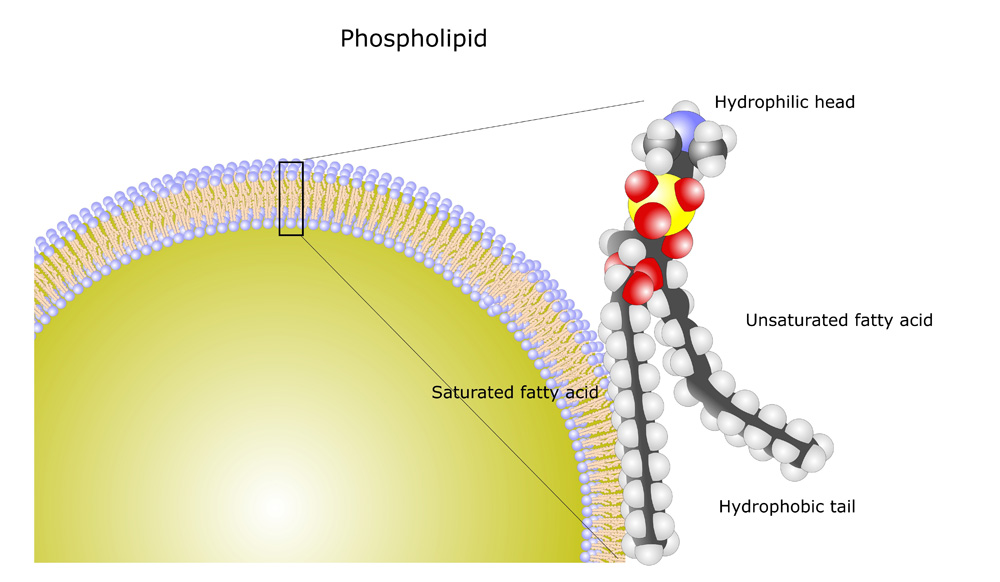 Researchers believe that the cell is programmed to selectively incorporate the different fatty acids it needs to maintain optimum functionality; however, since the standard American diet, for instance, is low in essential fatty acids (particularly omega-3 oils), it is the diet, more than anything else, which determines what materials cells use to build their membranes.

A relative deficiency in essential fatty acids in cell membranes impedes the cell membrane from carrying out its vital tasks of acting as a selective barrier to regulate the flow of certain compounds into and out of the cell.

When the structure or function of the cell membrane is disturbed, homoeostasis is interrupted.

According to modern pathological anatomy, altered cell membrane function is the main factor which causes cell damage or death [1]. If a membrane is not whole and healthy, the cells lose their water holding capacity, nutrients essential to life and electrolytes as well as their ability to communicate with other cells and be controlled by regulatory hormones.

As an example, let's examine the effect of membrane fluidity on the functioning of the hormone insulin.

Insulin stimulates the uptake by cells of glucose present in the blood. If there is insufficient insulin excretion or if cells do not respond adequately to the insulin, blood glucose levels can increate (diabetes mellitus).

Diabetes is divided into two broad categories: type I and type II.

The type I (insulin-dependant diabetes mellitus) is found mainly in children and adolescents and is associated with the complete destruction of pancreatic beta cells necessary for the production of insulin. 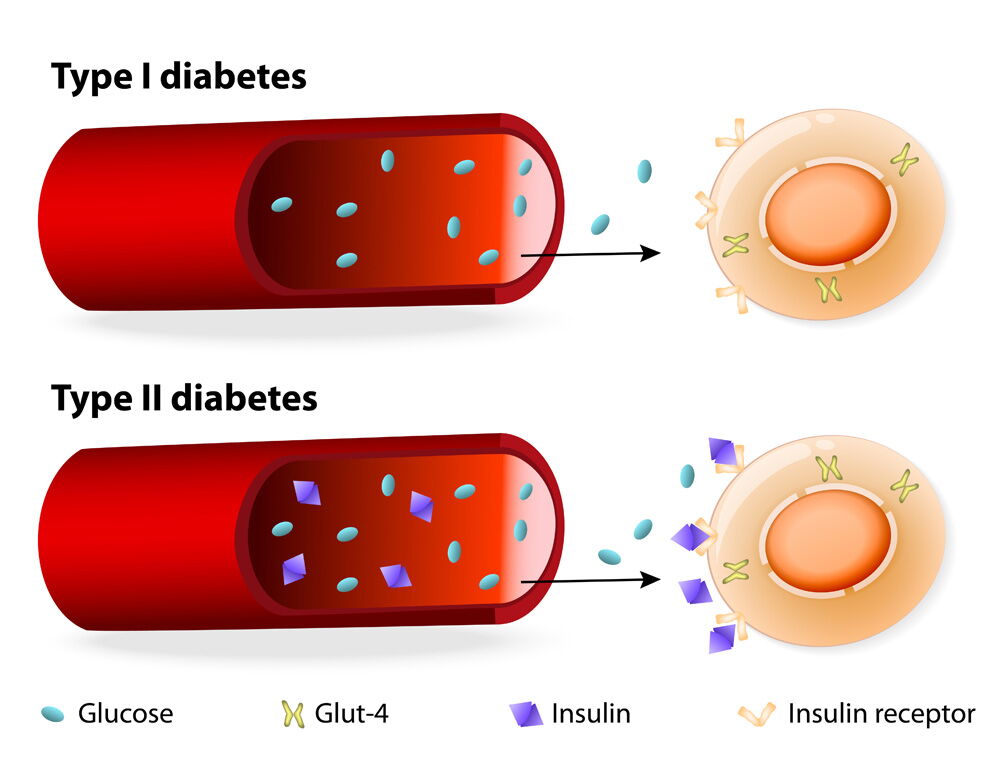 Type I and type II diabetes

The type II (non-insulin dependent diabetes mellitus) usually occurs in those over the age of 40. With this type of diabetes insulin levels are raised, indicating that cells have lost their sensitivity to insulin. Obesity and intake of some types of dietary fats are the main factors which contribute to this loss of sensitivity.

The dietary profile of fats correlated to type II diabetes are an excess of saturated fats and a relative deficit in essential fatty acids [2] [3]. 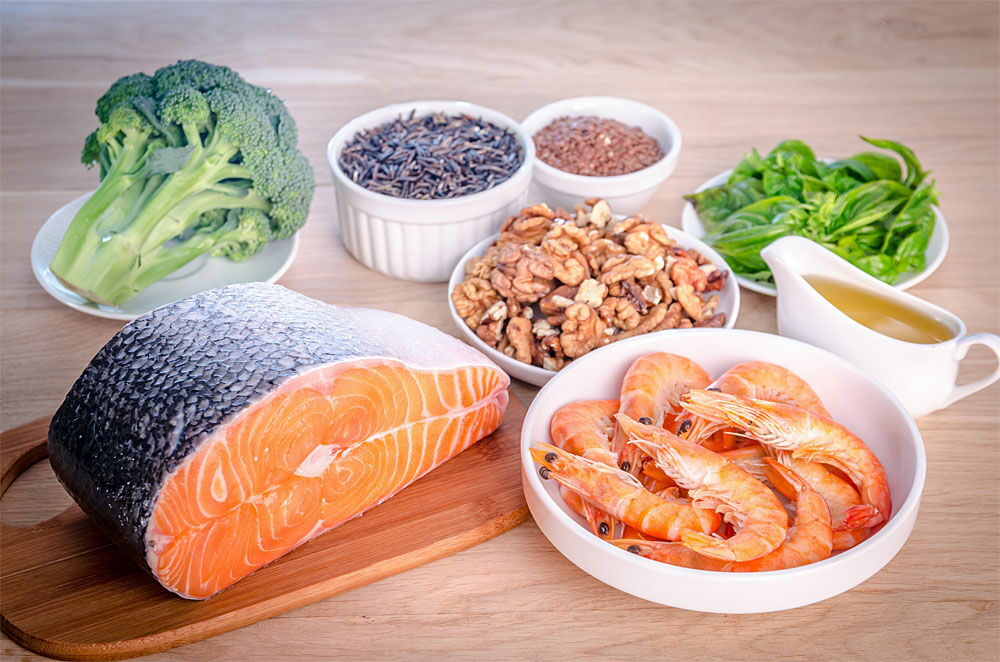 It seems that a similar dietary model leads to reduced membrane fluidity which in turn is responsible for the reduced link between insulin and cell membrane receptors and/or reduced insulin action [4] [5].

On the other hand, it seems as though omega-3 acids increase insulin action [4] [5]. Population studies show that frequent intake of a small quantity of omega-3 protects from type II diabetes developing [6]; furthermore, studies on animals show that omega-3 fatty acids prevent the onset of insulin resistance [7].

Suggested articles
The difference between saturated, unsaturated and trans fats
Sources of Calories: Carbohydrates, Fats and Proteins
Are eggs good for you? How many calories they contain and when to eat them