Ashwagandha: the game changer against stress!

One of the supplements that are attracting more interest in this period is the ashwagandha. One of the strongest adaptogens we have available in our arsenal, which can be a game-changer in periods of high stress or calorie restriction. In this video, we will see what it is and what its benefits are.

The ashwagandha (Witamnia somnifera) is a plant used in Ayurvedic medicine, the traditional Indian medicine. Its root has a pungent horse smell (in Sanskrit "asva" means "horse" and "gandha" means smell). Traditionally, she was known for her horse’s supposed strength and vigour. Normally different parts of the plant are used but, from a point of view of supplementation, the extract of the root is used.

In recent years the Ashwagandha has received more and more attention and has been the subject of numerous studies because of its anxiolytic properties. Studies seem to confirm this general effect and, in parallel, it would appear to reduce cortisol levels. Both properties make this supplement a very interesting adaptogen. Further research is desirable, especially to identify the optimal doses precisely regarding the reduction of cortisol levels.

Ashdwagandha seems to be able to reduce states of insomnia, fatigue and symptoms of depression. For these three effects, however, there have not yet been sufficient investigations in the literature. 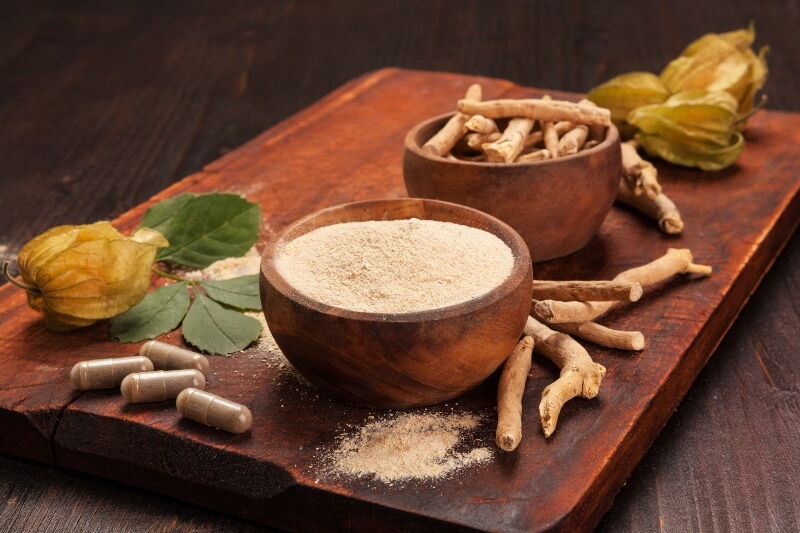 Just in reference to the alleged effects of vigor for which it was traditionally used (possibly attributable to a better nervous recovery of those who took it), seems to be able to improve the power (power output) in individuals not trained during aerobic as well as anaerobic activities.

Finally, there are few studies that seem to indicate an improvement in pressure, cortisolemia levels (reduction of LDL and slight increase of HDL), a reduction in blood sugar (resulting in improved insulin sensitivity) and an increase in testosterone levels and sperm count in humans.

The intake of Ashwagandha

The intake of Ashwagandha is in the order of 300-500 mg per day, taken together with meals. There seem to be no side effects, which suggests that the supplement can also be taken in the long run. In fact, in many studies there has been a continuous improvement of the subjects (reduction of anxiety etc..) for a continuous period of 2 months. However, it is unclear whether a prolonged intake can lead to negative feedback mechanisms and reduce its potential for action. Further investigations in the literature are also desirable here.

The ashwagandha seems therefore a really interesting supplement. Certainly not to be underestimated but test it, in combination with other adaptogens such as Rodhiola and Vitamin C can already be a good solution. In future articles, we will see in detail the world of adaptogens to understand how to use them and exploit them to the best.

Suggested articles
Ashwagandha: a valuable ally against stress!
Why ashwagandha will become your favorite antistress
NeuroSURGE: we control fatigue and stress