NeuroSURGE: we control fatigue and stress

Mass media advertising defines and often erroneously attributes terms such as "energising", "stimulating" and "reconstituting" to vitamins or, at least, to some types of them.
Sometimes, in fact, we are told to "vitaminise" as a "pick-me-up" in times of fatigue and stress.
Leaving vitamins to their multiple and much more complex roles, in cases of over-tiredness and high stress levels of various kinds, help can come from certain "adaptogen" phytoactive elements, for example, we are all familiar with the very popular "Ginseng", for its energising qualities.

What does adaptogen mean

We define the term "adaptogen" as a remedy capable of producing a general improvement of psychophysical conditions: increased resistance to psychophysical fatigue, regulation of metabolic functions, and an increase in cognitive abilities.
It benefits the endocrine and nervous system by improving the body's ability to adapt to stresses of various kinds (work, study, intense physical activity and also emotional stress),and to climate or seasonal changes, reinvigorating these systems.
An athlete is periodically subjected to phases during which the intensity of training increases dramatically, stress increases and excessive cortisol is released, passing from a physiologically necessary hormone for performing certain roles inside of the organism (it is the most powerful anti-inflammatory we have!), to a real element of harmful metabolic conflict (generated by an alarm situation), which makes it so feared by athletes.
However, being an element of essential importance, but one which can greatly disrupt the itinerary and results of an athlete (alteration of carbohydrate metabolism, protein catabolism and water retention to name the best known), it is indeed, definitely favourable to modulate its action. 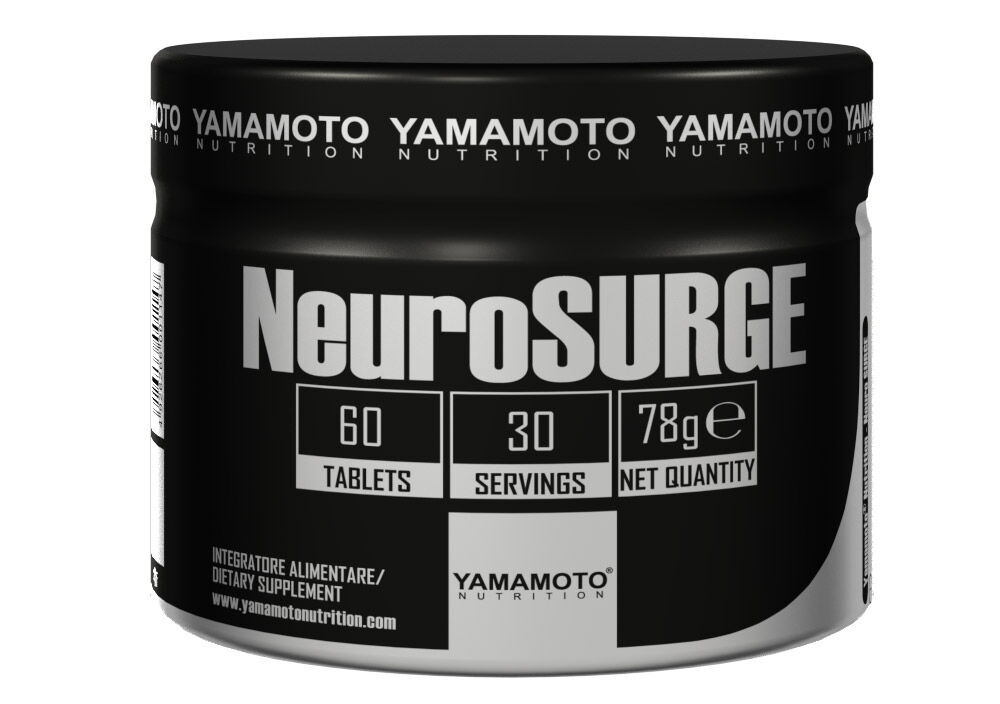 The composition of NeuroSURGE® serves this very purpose due to the presence of the two important adaptogens of Rhodiola and Ashwagandha, with the support of Phosphatidylserine.

The term "adaptogen" was coined in 1975 by the Swedish Herbal Institute after some research done on rhodiola rosea to explain the action of this very interesting phytoextract against stress.
The roots of rhodiola have an adaptogenic action par excellence, and generally improve learning and memory skills, a fact already well known with in Siberian folk medicine. Many of its properties have been scientifically proven and can be traced back to the presence of phenylpropanoid glycosides, in particular salidroside and rosavidin, whose chemical structure is similar to that of syringin (eleuteroside B, one of the active ingredients of the eleuterococcus).
Salidroside also has the effect of promoting work capacity and organic performance.
Rhodiola produces an increase in the plasma concentration of beta-endorphins able to prevent the hormonal variations indicative of stress.
It has a cardio-protective effect in the presence of tachycardia and palpitation due to anxiety and nervousness, and it enables increased resistance to exertion and reduces recovery time after intense exercise; it significantly improves sleep quality, a fundamental aid for an athlete during intense training as well as for a student under stress during exams. 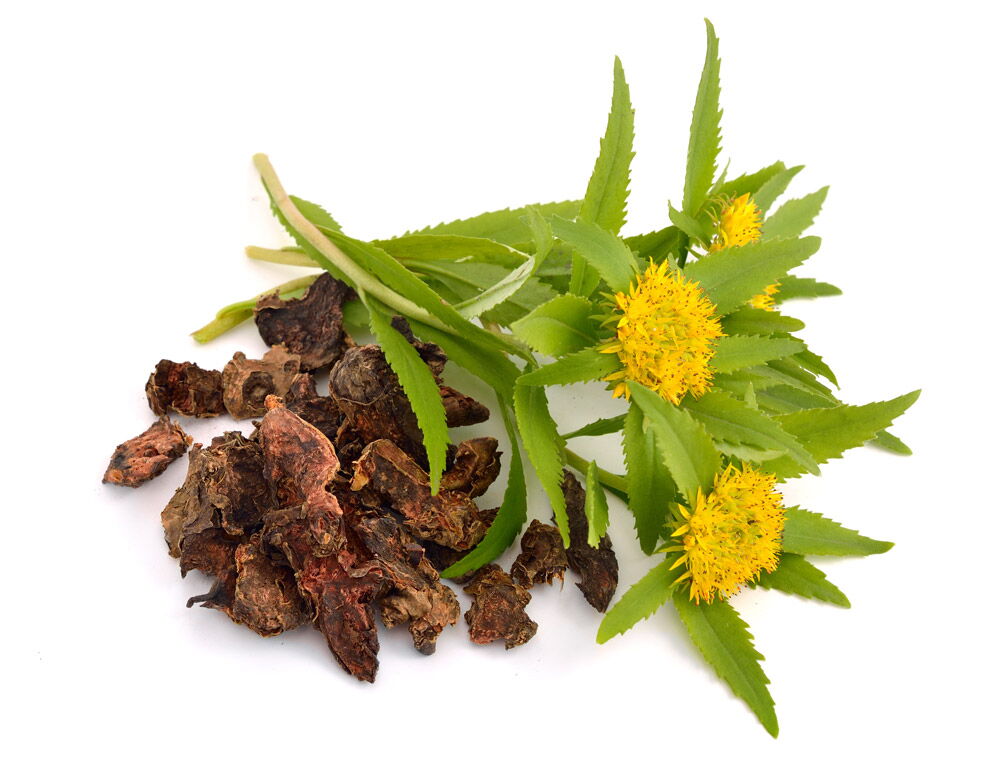 The plant has slimming properties, due to the stimulation of some lipases that promote the liberation of fats from the deposit tissues, transforming them into brown fat that can be easily synthesised to produce energy.
Furthermore, Rhodiola can increase serotonin levels in the central nervous system by about 30%, so that besides having a positive effect on mood, it also has a sedative, anti-anxiety action which greatly reduces anxiety hunger.

The phytotherapeutic element that has aroused much interest recently is Ashwagandha, handed down to us by Ayurvedic medicine that has been used for thousands of years as a tonic with various medical properties and whose benefits have been confirmed by current scientific studies.
It possesses adaptogenic (anti-stress), anti-inflammatory, immunomodulatory, and antioxidant properties. At the base of the adaptogenic properties, there seems to be an inhibition of the upregulation of dopaminergic receptors at the level of the striated body induced by stress. 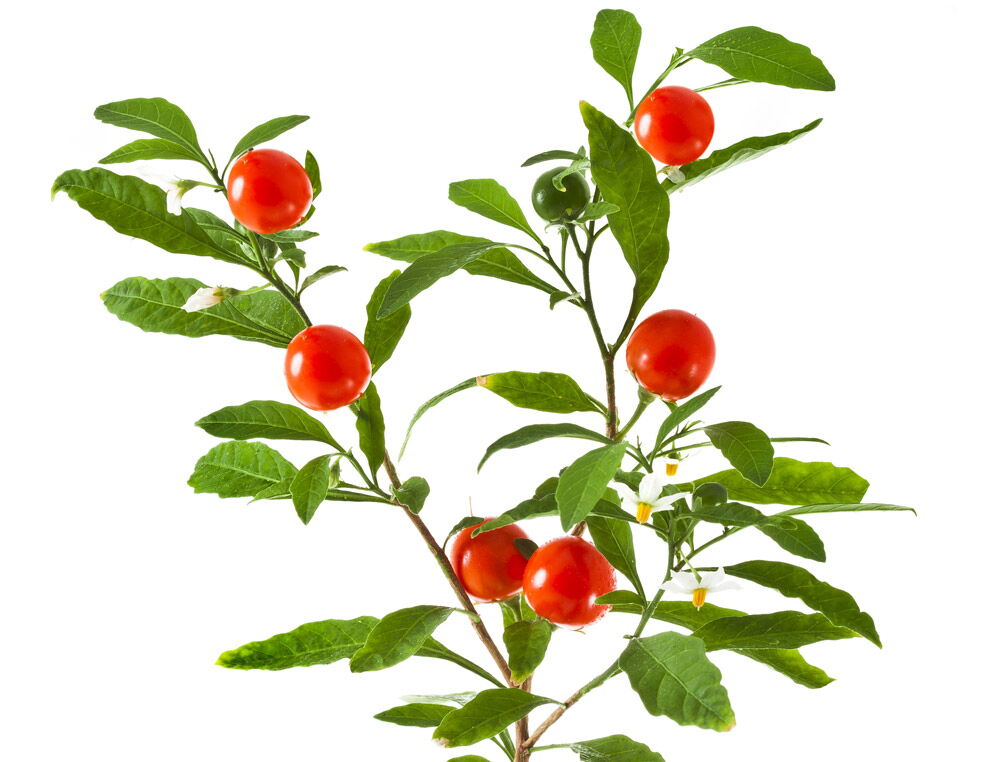 The decrease in levels of cortisol in the blood after its intake has been scientifically verified. The immunostimulatory effect of the plant, on the other hand, seems to be related to the property of inducing the synthesis of nitrogen monoxide (NO) by macrophages.

Among the substances present in NeuroSURGE®, apart from vitamin C, the best known is PHOSPHATIDYLSERINE which is a phospholipid composed of phosphates, serine (an amino acid) and fatty acids. 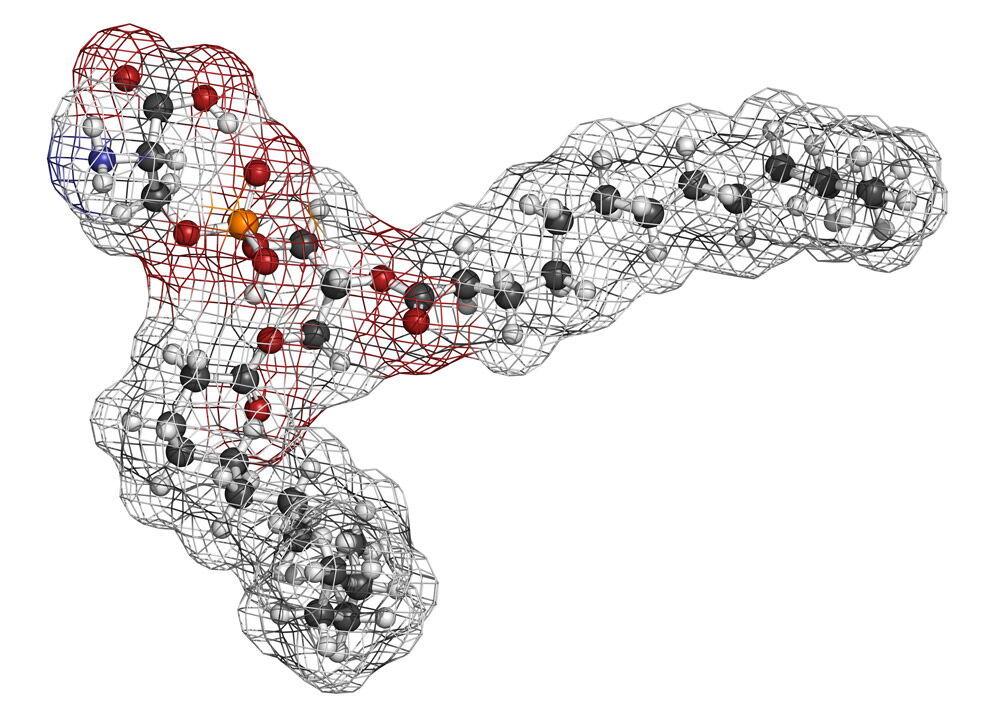 It is a fundamental component of the cytoplasmic membrane where it carries out the task of cellular messenger, in particular for regulating cell apoptosis (programmed death).
Although mainly used to improve cognitive abilities and to cure some cognitive pathologies, it is well known by athletes as a supplement to lower cortisol levels and their negative effects and it can therefore also be useful in this field.

Also present in our NeuroSURGE® tonic, vitamin C is universally known for its ability to "prevent" colds, not surprisingly it is also found in over-the-counter drugs against seasonal flu.
But in reality, what is certain is that vitamin C supplements cannot reduce the frequency of colds in the healthy population, rather, it would seem capable of reducing the duration of colds; only in athletes subject to high physical stress (such as those who practice endurance sports or who undergo very intensive training regimes like combat sports athletes and body builders) would vitamin C decrease the probability of catching a cold by half.

The prime role of vitamin C in the body is to perform an anti-oxidant and pro-oxidant function, depending on the needs of the body, this mechanism allows it to perform multiple functions.
In excellent synergy with Rhodiola, Ashwagandha and Phosphatidylserine, vitamin C also acts by modulating the amount of cortisol present in the blood, but only after performing physical exercise (not at rest), therefore it is certainly favourable as an athletic supplement.

Suggested articles
Adrenergic fatigue: another enemy to be able to face
Stress hormone | What happens when we have high cortisol?
Sources of Calories: Carbohydrates, Fats and Proteins