A spice used in many recipes, loved by many and particularly used in tasty preparations during the Christmas period. I’m obviously talking about cinnamon! All of us have used or tasted it in some dish but not everyone is aware of the incredibly beneficial effects of this plant.

In this article, we will understand what is cinnamon and what are its different types. We will then see the beneficial properties and how to use them in the kitchen and, possibly, in our integration plan.

What is the cinnamon

Cinnamon is a generic name used for the spice that is derived from the plant Cinnamomum Verum (hence the Anglo-Saxon name of Cinnamon). It’s a thousand-year-old plant, quoted from the Bible and texts of the time. The spice is obtained not so much from the seed or the fruit, as in many circumstances, but the stem and the twigs. We can easily recognize them because they look like parchment, you will have surely seen them in supermarkets or gastronomy. The most expensive and aromatic is the one that is obtained from Cinnamomum verum, a plant native to Sri Lanka. Chinese cinnamon, Cinnamomum aromatic, is a harsher and less expensive thread.

The use of cinnamon in the kitchen is really varied. It is normally used in the preparation of desserts of western culture but is also present in numerous salty preparations of the East or of the Indian tradition. It has proven to have several benefits for our health. 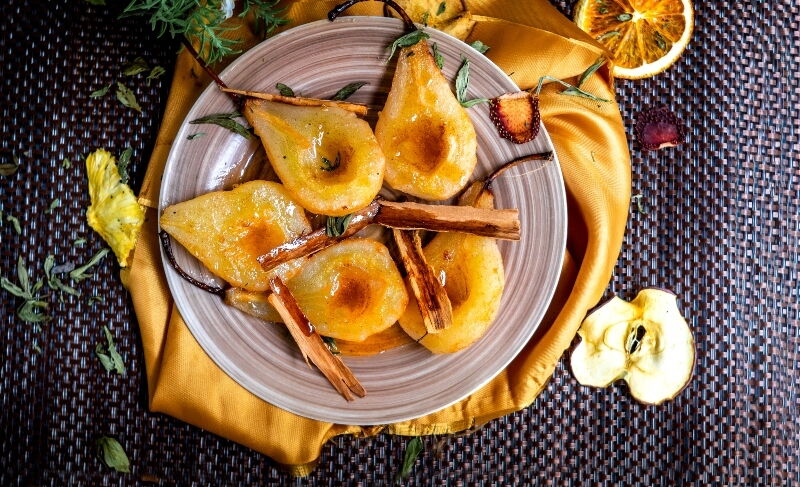 In particular in the case of diabetes or scenarios of reduced insulin sensitivity. Cinnamon has been shown to delay the introduction of glucose into the bloodstream and facilitate its use by the cell. Small summary. We know that once we take carbohydrates, they are digested, broken down into glucose, and it is fed into the blood from the intestine via an active sodium-dependent transport mechanism.

Once in the blood, glucose causes an increase in blood sugar (which is, in fact, the amount of glucose in the bloodstream). Now, not only does this glucose serve as an energy source, so our body wants it inside the cells, but if it stays too long in the bloodstream (always high blood sugar) it tends to do endothelial damage and increase the risk of cardiovascular accidents. Without going into detail, in conditions of diabetes or insulin resistance glucose has difficulty entering the cell. Here cinnamon plays a fundamental role. If we delay the introduction of glucose into the blood, we give the cells more time to assimilate the present one calmly.

This way we will not have strong spikes (increases) of blood sugar and reduce the risk of damage we have seen.

For this reason, cinnamon is particularly suitable for overweight and with glycemic problems. It has been shown that it can improve insulin sensitivity in the long run.

How to use cinnamon

The dosage used ranges from 1 to 6gr per day. We understand that these are doses difficult to reach with food alone (unless we eat cinnamon recipes at all meals!).

In general, our advice is to take it apart as a supplement, perhaps within a stack of more complete elements such as the Insulomin-R, to take advantage of the synergy between the different molecules (which enhance their mutual effect). We then go to use it in a snack or breakfast or pamper before sleeping. Maybe in the form of pancakes or to flavour our milk or our chocolate proteins! All excellent solutions to enjoy it and take advantage of its benefits. Attention only to the type. Cinnamon contains coumarin which, if in very high doses, causes cardiac arrest.

Do not panic, of course, already a tea or an infusion with cinnamon decrease the content of coumarin, we can then take the cinnamon Ceylon that contains much less and sleep peacefully.

It is extraordinary to notice how many compounds and spices we take daily are rich in elements and beneficial properties without our knowledge. For this reason, a balanced, healthy and varied diet is always the best idea!