Pump How Do the New Generation Pre-Workouts Help?

Until not long ago, the pump (the massive hyperemia and turgor of the trained muscles) was limited to a temporary condition that exalted the bodybuilder's ego at the end of the workout. Science has confirmed that muscle pumping has several direct and indirect implications for promoting muscle growth.

Arnold Schwarzenegger attributed the idyllic feeling for the bodybuilder of muscle pumping from "pump" training to an "orgasmic" dimension.

Promoting, supporting, maximizing this extraordinary flow of blood to the muscles has proven to be much more than a temporary aesthetic satisfaction given by the vasodilation generated by nitric oxide, a stable free radical that intervenes as a mediator of several important biological processes. Endothelial nitric oxide is a powerful vasodilator capable of regulating blood pressure, delaying the atherosclerotic process, inhibiting the recruitment of pro-inflammatory cytokines, and platelet aggregation.

For the bodybuilder purposes, stimulation means making the muscles reach a very high influx of blood rich in oxygen and nutrients together with several important bioactive elements for muscle activity and recovery. Nitric oxide influences the maintenance of optimal levels of protein synthesis in the muscles and affects the anabolic power of the insulin-like growth factor IGF1. We also have the effects of nitric oxide on the muscle-building process and muscle energy consumption. 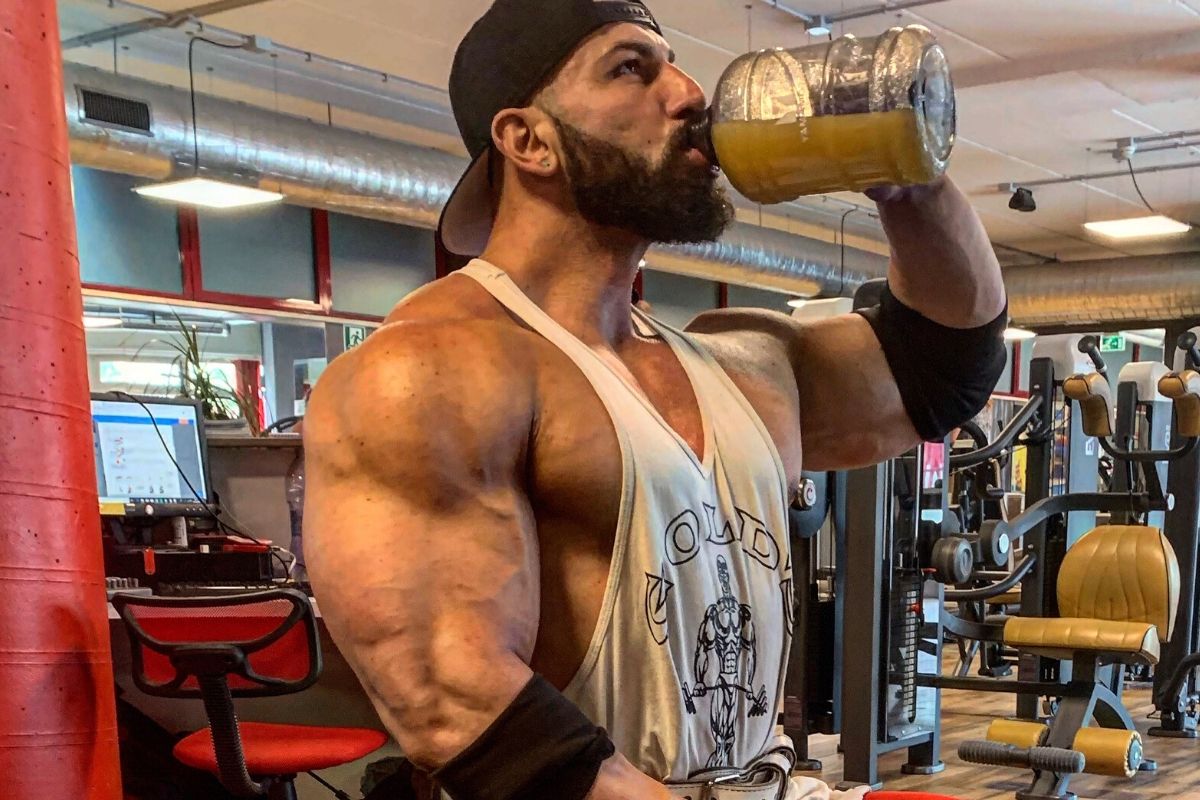 Starting from these considerations we understand the explosion of pre-workout nitric oxide stimulating supplements (with or without stimulants), which have brought to the market dozens of products with captivating names that promise extreme muscle pumping.

The progenitor of these supplements was L-Arginine, whose oral efficacy has proved to be rather poor due to a limited absorption capacity. To obtain a real efficacy in terms of stimulation of nitric oxide you would need an excessively high oral dose of L-Arginine (not free from side effects). Therefore, alternatives with more concrete efficacy have gradually emerged.

The new generation of pre-workout supplements

The new generation of pre-workout supplements are the result of research on the best elements in terms of effectiveness on the stimulation of nitric oxide. They present a basic formula of:

At the same dosage between these two amino acids administered orally, citrulline guarantees an increase in blood arginine levels almost double compared to those of the same dose of slow dosage arginine, and about 20% higher than those of the same immediate-release arginine dose. All this in favor of a superior bioavailability of arginine which will then be distributed to the various tissues and used for efficient and massive vasodilation. This type of pump will provide the muscles with blood rich in all the elements necessary for the reconstruction processes, to support protein synthesis and promote a better response in terms of muscle performance. 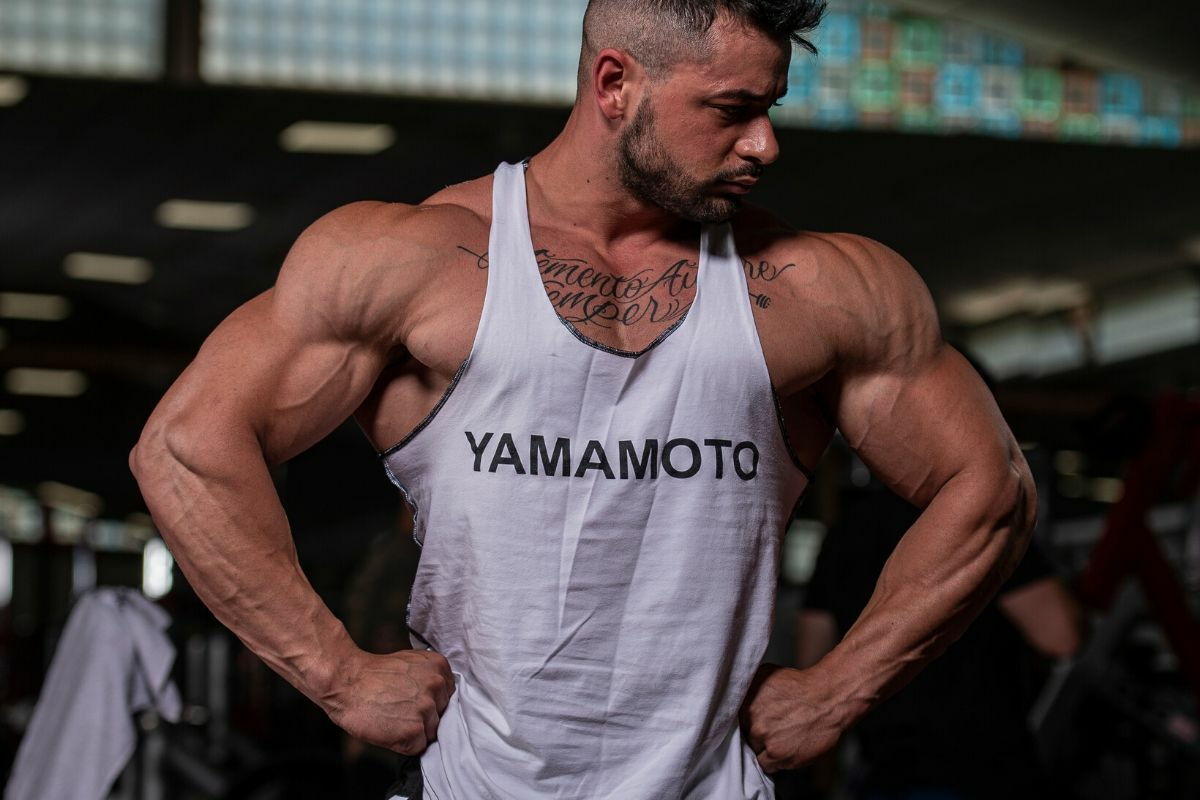 The cutting-edge research and development of this type of pre-workout inserts in the product formulation a patented mixture of synergistic elements, CNOP-1 (Concentrated Nitric Oxide Precursor) containing the following useful elements for pumping and muscle reconstruction:

Let's see in detail how these substances act to support the muscles both before and after the workout.

Glutathione is considered "the king of all antioxidants" and, combined with citrulline, it can stabilize and gradually release nitric oxide over time, protecting it from oxidative damage and further amplifying the stimulatory action of nitric oxide of L -Citrulline.
This combination of elements leads to a very prolonged persistence over time of the turgor of the muscles, which remain pumped with blood even after the end of the training, with a consequent better environment suitable for reconstruction. An extreme and long-lasting muscle pumping does not just make us feel satisfied but puts our muscles in the best recovery conditions.
We are therefore talking about a pre-workout that has repercussions even after training in terms of recovery thanks to the ability of citrulline to help reduce post-workout DOMS (muscle pain) and positively influence protein synthesis.

The CNOP-1 blend boasts the presence of the purest and best quality micronized creatine monohydrate (Creapure®) currently on the market, completely free of impurities and by-products. Science has expressed so much about creatine, more than any other supplement aimed at the world of performance. The dust particles that makeup Creapure® are extremely small and can be absorbed very easily, allowing a greater quantity of bioavailable creatine to the muscles. To exercise its role in enhancing energy performance, which translates into a real increase in strength, creatine must reach the muscle fibers. Inside, it acts as an additional energy source for faster conversion of ADP into ATP. In the context of a pre-workout supplement containing all the elements we have seen, creatine also has a cellular volumizing effect induced by greater intra-cellular hydration which translates into a benefit of the whole cell at an anabolic and metabolic level.

If our workouts are of a certain duration and with a sustained volume of work, it is easy to understand the role of beta-alanine in our pre-workout. Someone attributes to beta-alanine positive effects exclusively to endurance sports only but it is very easy to extend them also to high volume bodybuilding workouts. This because beta-alanine:

If we talk about performance, protein synthesis, and preserving the muscles from catabolism due to intense training by counteracting the onset of fatigue, it is difficult not to mention branched amino acids Kyowa Quality® (from fermented vegetables). Being used as an alternative energy source during training, over time alteration of the branched-free tryptophan ratio is created in the bloodstream. These amino acids use the same transporter to get to the central nervous system and reduce the concentration of branched offs, more tryptophan reaches the brain. The increased concentration of tryptophan in the brain promotes the production of serotonin which is a neurotransmitter that promotes sleep and relaxation. Consequently, the use of branching during training reduces this process by increasing alertness, energy, and decreasing the sense of fatigue and clouding.

If a cell is hydrated, it is a cell that is healthy and in metabolic efficiency. It is an anabolic cell. Taurine is an amino acid that offers additional support for intracellular hydration. Furthermore, taurine positively influences the contraction capacity of the musculoskeletal system by decreasing the oxidative stress induced by intense training.

Caffeine is the pro-performance element par excellence in all sports. Stimulating the nervous system, it helps to improve concentration and gives that energetic charge to face the most intense workouts. The important thing is not to take an excessively high dosage, which could alter heart rate and create too strong nervous stimulation. In this context, we use caffeine as a concentration stimulator and (exploiting its capacity to enhance muscle contractions thanks to the better activation of motor neurons) to reduce the rate of effort perception and the sensation of fatigue and pain. Caffeine is also a glycogen saver and promotes a greater tendency to mobilize fatty acids.

To synergistically support the nervous stimulation of caffeine, tyrosine intervenes, a biologically important semi-essential amino acid as a precursor of various hormones and stimulating neurotransmitters. Thanks to its presence, the perception of fatigue will be reduced, intervening in the synthesis of thyroid hormones and catecholamines (dopamine, norepinephrine, and adrenaline), improving mood and cognitive abilities. It is particularly useful for people under psychophysical stress and those who train in a cold climate because it promotes a greater pro-active structure.

Thanks to the mixture of synergic certified CNOP-1 certified raw materials, the new pre-workouts on the market are truly revolutionary products. By taking them before training, muscle pumping will be more powerful and more lasting over time, even after the end of the session, extending its action on the muscles that are continuously sprayed with blood in a state of extreme turgidity but also acting as significant support. in promoting muscle recovery and reconstruction.

Have you ever tried this kind of pre-workouts? Tell usyour experience in the comments!

Suggested articles
Pre-Workout: with or without stimulants?
Cyclodextrins: the new frontier of carbohydrates
Pre-Race Nutrition | The Role of Carbohydrates in Endurance Racing