Almost no one is talking about it even now, unfortunately, but this situation, which we can define as an actual disorder, is spreading silently and rapidly, claiming many victims, especially in women's competitive sport.

In the early 2000s, a noted Canadian trainer (Scott Abel) began to analyse the topic, increasingly intrigued by the rapid spread of this growing phenomenon with the increase of female categories.

We should always bear in mind that the body tries to reach homeostasis, and it does all it can to prevent certain situations from happening again... and defends itself with every ounce of strength it has.

And it is very resistant if it puts its mind to it.

Experience shows us that getting out of situations where people are bogged down in so-called metabolic damage and getting a certain level of metabolic efficiency going again is really difficult, and it requires a lot of time, but not only time.

After months of extremism, limitation or deprivation of macronutrients, combined with equally extreme mental and physical stress, sufferers reach the point where their metabolic control system blows up, leading to a series of hormonal changes that greatly complicate things.

And then the subjects in question (whoever the men or often women are) find it difficult to get back into shape, even by limiting calories and carbohydrates.

Panic then often takes over, and they find themselves in a situation in which many trainers or nutritionists advise even stricter caloric intake and the abuse of aerobic exercise.

The spread of this disorder is then demonstrated by the enormous difficulties that many women from any category find in getting back into shape after time spent being inactive, sometimes to the point of wanting to give up or giving up altogether. Any trainers and nutritionists reading this will surely have had similar experiences and will be aware of the difficulties of the case.

The problem is that since the emergence of these types of problems, beyond the aesthetic factor and a failure to respond to dieting, if subjects take blood tests, these can sometimes produce normal results.

But water retention and accumulated fat are just not going away, showing all the signs of metabolic damage and a failure to respond to a diet.

If doctors have no specific training as regards nutrition and exercise, they will not find it easy to read certain signals and after having perhaps seeing their abs for months, the girls (or guys) now find themselves with a spare tyre.

Subjects entering this tunnel, after months of actual caloric famine, perhaps followed by a "treat" period that has led to them piling on pounds of fat and liquid, (the idyllic post-competition period last less, much less than you think) see that their diet isn't doing anything for them, no plan works, so the usual response is to get stricter with what they eat and how much they work out, but with no results, as if they have reached a particularly difficult impasse.

The fat remains and withstands the continuous calorie cuts, as if it is trying to avenge what it was put through months beforehand.

The next step is usually to investigate by having blood tests, including specific ones to examine thyroid function. But pay attention to what comes next, as in addition to being sneaky, the situation is also complex. 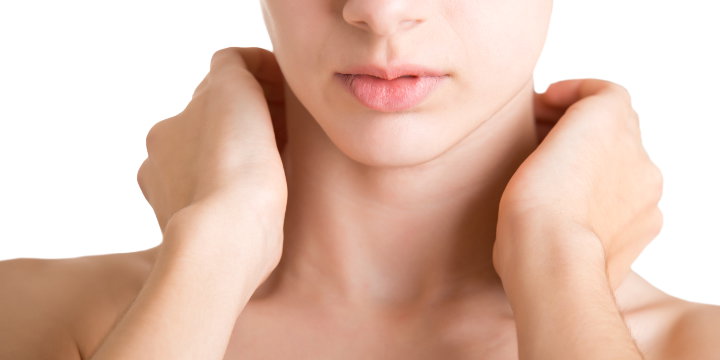 In normal physical conditions, the endocrine system is controlled by the hypothalamus, the directional "control unit" of the glands, like the pituitary and thyroid.

Hypothalamus stimulates the pituitary gland to produce TSH, which in turn generates T4 in the body, and is then converted to T3, the active form of the thyroid hormone that works in the cells.

The conversion from T4 to T3 depends on many variables, above all stress, diet (or deprivation), illness and increased cortisol levels that complicate the metabolic picture of the unfortunate sufferer quite a lot.

One of the metabolic pathways in which T4 is converted into T3 is the enzyme 5'-deiodinase.

An enzyme that may easily be inhibited by the aforementioned stress factors, extreme diets maybe carbohydrate-free for too long, cortisolemia and other factors.

If we then combine the stress of preparation for a competitive event, packed with cardiovascular exercise, maybe a double or triple daily split, the end result will be a lower conversion of T4 into T3, in favour of rT3, i.e. the inactive form.

Unless there is actual damage (this happens!) to the thyroid, the blood values indicating TSH, T4 and T3 activity may have normal physiological results, because they will reveal that these are present in circulation, as is T3, but in "r" form, however, which is inactive.

But the girl is left with all the symptoms of a poorly-functioning thyroid, weight gain even when following a low-calorie diet, chronic fatigue, irritability and other disorders.

A disorder that afflicts but is not limited to competitive athletes.

So far, I have only talked about competitive athletes, but this disorder also affects women who, in order to slim down for other reasons, like the summer or their wedding for instance, throw themselves into exercise as if they had to pass the selection process for the military special forces and "starvation" diets, the result being that in a short space of time, they find they have put on more pounds than they lost and it is really difficult to get them off again.

But it does not end there unfortunately. When we talk about hormones, the situation is never simple. In this case, the hypothalamus, pituitary, adrenal and thyroid glands get involved, obviously, but we also see gonad disorders.

Trying to summarise a really very complex topic, clinically, the problem of metabolic damage dysfunctions starts from the adrenal glands, then from the thyroid and in the end even affecting the gonad system.

That is why women athletes who follow extreme or long-term diets lose their ability to ovulate and menstruate.

That being said, the endocrine framework is particularly compromised and doctors or nutritionists have very few tools at their disposal, as the symptoms of the metabolism disorder are there, but are not confirmed by blood chemistry panels. Another very useful fact to investigate is the related adrenal and cortisolemic situation. 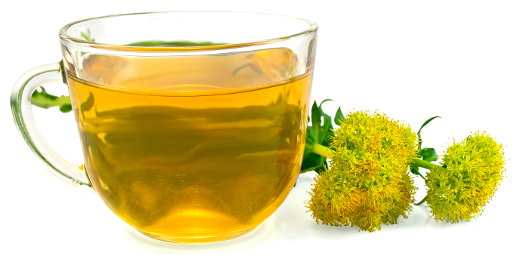 Very often, this metabolic deficiency is associated with a particular chronic fatigue, and here appears another term not yet coined as "scientific" because it is still misinterpreted by many doctors as adrenergic fatigue, where we find a change to the activity of the adrenal glands which have been subjected to excessive psychological and physical stress, as if they had gone haywire after having been squeezed too hard for hours and hours of workouts with weights and cardiovascular activity, without forgetting the use and highly frequent abuse of thermogenics and various stimulants with a very high impact on these glands.

Girls frustrated by a failure to see results then mistakenly tend to increase the intensity and/or duration of the sessions of cardiovascular activity, further changing the adrenal situation and cortisol level response, with all the oedematous retention that does not improve and sometimes even gets worse.

Let's remember, the body defends itself in various ways, it alters its "thermostat" because it does not want to go back into famine mode! Another consequence of an altered endocrine and nervous system is digestion that is not always efficient, with a consequent defect as regards absorption, the assimilation of foodstuffs and the immune system. The onset of food intolerances is not a rare occurrence.

Is there any way out?

One good thing about this situation in which increasing numbers of women find themselves is that it is possible to break free from this Wilson's syndrome.

In many years in the environment, I have seen that by coveting victory at any cost, people have found themselves following roads dictated by DIY regimes or worse, guided by pseudo-witchdoctors and then after the win (or after the poor show) they do not have the patience or the skills to get out of the mess they have got themselves into. From this, I take the opportunity to recommend only trusting people who are truly competent, who are able to do more that just put (or slam) their foot on the accelerator or market themselves extremely well. Two or three hours of cardio per day, marathon training, diets cutting out one or more macronutrients for too long, can maybe also lead to a result (not guaranteed) but at a cost that often...... limits it to that episode or actually damages metabolic health and causes a great deal of frustration.

To fix this big mess, we first need a lot of patience and perseverance, because with time and the right, effective strategies, there is a way out.

It is crucial to start by balancing a sympathetic and parasympathetic altered nervous system.

And the first step is to set a clear limit on cardiovascular activity and bring it back to being a tool to help burn a little more fat and not be taken to extremes (I'm talking about hours per day), thus losing its supporting effectiveness, often also following low-calorie diets.

Pay attention here! Calibrating this step with appropriate diet adjustments it is not so easy, and the risk is seeing weight gain.... so it is advisable to balance the diet with an adequate protein intake and foods (carbohydrates) with a high content of fibre, moderate polyunsaturated fats (omega 3s help insulin sensitivity and that can't hurt!) by exercising less frequently as a marathon runner. 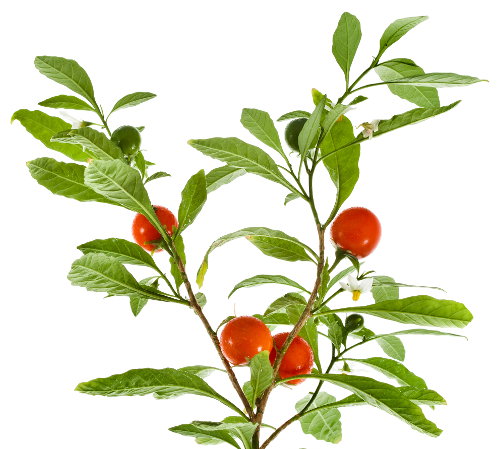 At this stage, weight training like a true body builder will be welcome due to all its resulting beneficial endocrine and metabolic effects. With a lesser impact on cortisol than marathon sessions on a low-intensity running machine, but much better from a thermogenic perspective, is aerobic activity at intensity intervals which also enable you to burn calories throughout the day (EPOC).

Another step that I have seen work to combat stress is the use of adaptogenic herbs such as rhodiola rosea and ashwaghanda.

It is interesting how holistic/functional medicine starts by sorting out the digestive/intestinal tract, removing particularly irritating and inflammatory foods.

The next steps is replacing the compromised digestive enzymes, suppressed after so much nerve stimulation and the deprivation of so many (too many) foods or entire classes of macronutrients such as carbohydrates which then become the "black beast".

After that, it is advisable to repopulate the intestine with good bacteria to help the intestinal wall after so much stress and reinvigorate the immune system.

Once the gastrointestinal stage has been set, after adding some micronutrients that are important in order to metabolise food, such as zinc and B vitamins, we can gradually reintroduce certain foods, with particular emphasis on carbohydrate management, which must only take place in certain "key" moments, so that they are accepted better by a body that is currently too sensitive to them and so is not using them effectively as it should.

At this point, another recommendation is "GDAs" (glucose disposal agents) such as lipoic acid and supplements to support mitochondrial cell health such as coenzyme Q10 or acetylcarnitine.

The time needed for a girl who has ended up in this frustrating situation to get out is very subjective. I have seen that unfortunately the impasse period can even run to months if the situation is particularly compromised.

Suggested articles
Does the Metabolic Diet work?
Conscious breath | Because breathing well can change your life
Insulin mimetics and the management of blood glucose