Iron is an essential element for our health having a role of primary importance in the immune response, for cardiovascular function, for cognitive development. 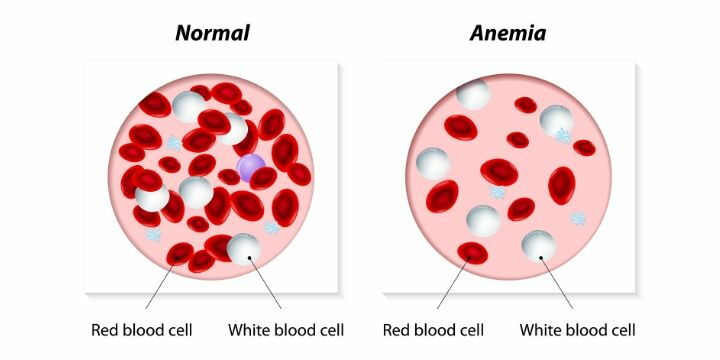 Iron deficiency is widespread and, like anemia, a condition that results from a decrease in the

concentration of hemoglobin in the blood. The data defined by the World Health Organization is relevant, from which it emerges that even one billion and 600 million inhabitants of the planet risk the consequences of this deficiency, of which 700 million are already defined as "sick" of anemia.

Anemia can occur in the event of an increase in the need for iron, which may be due to sports activities, reduced intestinal absorption, growth, pregnancy, breastfeeding, aging, or the onset of pathological states such as genetic or chronic diseases, deficiencies in vitamin B12, iron or folic acid.

Little iron results in poor red blood cell production. Few red blood cells are synonymous with bad oxygenation of every component of the body and also with a poor ability to "renew the air" to the cells. The oxygen-carbon dioxide exchange (waste gas of cellular metabolism) will never be at its maximum without an adequate number of efficient red blood cells. Among the most characteristic symptoms of an iron deficiency, there are:

All these symptoms are related to the fact that the body does not have enough iron to produce hemoglobin, which transports oxygen to the main vital organs. In children, this deficiency can lead to learning difficulties and a marked Attention Deficit Disorder (ADD). This deficiency mostly affects women due to iron loss during menstruation or pregnancy, which can easily lead to a decrease in iron levels of up to 25% of the normal amount. Several other causes may be related to this deficiency, including intestinal malabsorption, gastrointestinal bleeding, gastric surgery. Problems that require in-depth diagnostic investigations.

To assess iron deficiencies, the most representative dosage is that of serum ferritin, which is the iron storage protein and its quantity must not be less than: 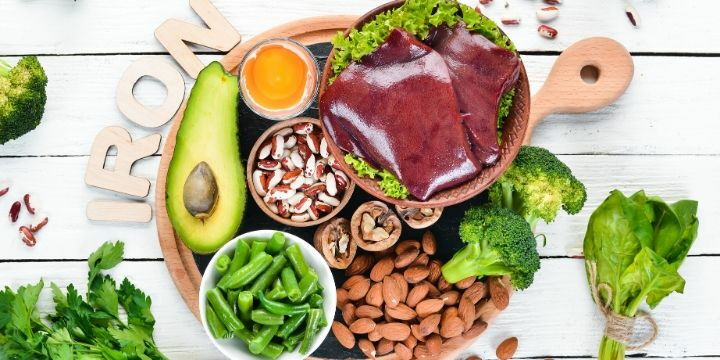 In all these cases of more or less serious deficiencies, it is often necessary to intervene with an iron supplement or, for more serious cases, through intravenous infusion. Currently, the market offers a wide range of iron supplements to be used to deal with iron deficiency anemia and restore normal iron values. The diet of a healthy adult man should ensure an iron intake of 10 mg, while a woman of childbearing age and a woman who is pregnant or breastfeeding requires on average 18 mg of iron. Iron supplementation supports a diet that is unable to rebalance the important deficiency on its own. It is also for this reason that iron supplements, like any other food supplement, cannot be intended as substitutes for a balanced diet and a healthy lifestyle.

The most commonly prescribed and used forms of iron in case of deficiency or deficiency are:

However, all these forms have widely varying percentages of absorption and often present multiple side effects: stomach pain, abdominal pain, nausea, constipation or diarrhea, the presence of dark stools. Side effects that sometimes may even require you to stop taking it.

Liposomal iron is a type of supplement based on the active ingredient LIPOFER® composed of ferric pyrophosphate that uses "liposomal" vehicle technology, that is, it is microencapsulated inside a phospholipidic membrane, a sort of protective shell.

Liposomal iron allows a better gastrointestinal absorption with a higher bioavailability of the precious mineral with a lower incidence of side effects. Under normal conditions, generally, only about 15% of the iron administered orally is absorbed due to a limit inherent in the availability of specific carriers at the duodenal level, for which it is unnecessary (and almost also harmful) to increase the intake doses, since a once the transport capacity of the carriers is saturated, only an increase in side effects would be obtained. Our body needs very little of this essential mineral element, but that "small portion" must be bioavailable.

The great fame of liposomal iron diffused in recent years in the medical field stems precisely from the fact that thanks to the sophisticated liposomal microencapsulation technology, liposomal iron survives the gastric environment unscathed and is absorbed at the level of the entire intestine (not only at the duodenal level ). In this way, it will arrive intact where it is needed, without disturbing the gastrointestinal mucous membranes. The recommended dosage is 30 mg of liposomal iron per day, to be taken at any time of the day. Before taking supplements during the period of pregnancy and breastfeeding, always contact your doctor or gynecologist for the dosage and duration of the supplement.