Who’d have thought it! It is precisely the phantom proteins, a subject widely debated and controversial for years, that can be a valuable ally against aging.

We all know that ageing is a natural phenomenon, characterized by many factors. These factors, over time, determine an accumulation of degenerative processes sustained by multiple alterations and damage within the various biochemical processes. It is precisely these alterations and damage that impair the functions of cells and tissues, causing over time the growth of triggers for cardiovascular diseases, diabetes, cancer, neurological diseases and, of course, skin aging.

The aging process is so complex that not all elements are known, so much so that it is customary to speak of "multi-factorial process that includes complex interactions between biological and molecular mechanisms". 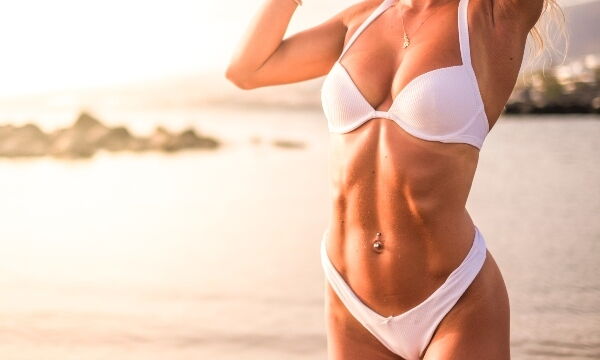 How can proteins be an anti-ageing support?

In order to understand this, we need to introduce the concept of protein glycation.
Glycation means the set of reactions through which glucose binds to proteins. The resulting molecules (glycoproteins) subsequently undergo successive reactions capable of giving rise to "advanced products of glycation", precisely the AGEs.

The ability of the AGEs to accumulate over time in the body allows them to profoundly alter the characteristics of the affected proteins to the point that, in the case of functional proteins, these see a significant reduction of their function with consequent alterations of organs and tissues formed also by these proteins, in fact these glycoproteins have also been defined glycotoxins.

Let’s take a first example: in skin aging what happens? The most present proteins, collagen and elastin, because of glycation become so rigid to the point of greatly reducing their elasticity, One of the main consequences is the ageing of the skin, leading to a greater tendency to dermatological diseases and wrinkles.

The phenomenon of glycation and subsequent production of glycotoxins, may originate:
1. Exogenous: by ingestion of foods which have undergone particular transformations.
2. Endogenous: caused by an altered glycidyl metabolism due to an excess of carbohydrates inserted with the diet.

Let’s look at case 2., in which the AGEs are the product of an altered glycidy metabolism caused by the excess of carbohydrates ingested:

- Glucose binds to the functional protein but with reversible phase if the glucose concentration in the blood is steadily reduced
- In case of a stable increase in glucose concentration, an increase in the glycated product is determined, which becomes more stable and no longer decomposable.
- The product of glycation in the third phase accumulates and binds to the cells inducing processes harmful to health such as: oxidative stress, inflammation, thrombotic events, insulin-resistance, angiogenesis (ie the development of new vessels). It accelerates the process of aging and cell death.

It is therefore clear that this extremely negative process is the result of an imbalance between the carbohydrates ingested and those actually used by our body, mainly for energy purposes, so an excess of carbohydrates ingested and not "consumed" increases the glucose content of the blood and therefore an acceleration of the protein glycation process, for this purpose a controlled diet (mainly in quantitative terms), combined with physical activity appropriate and appropriate for their age and training conditions (always avoid excesses), certainly leads to a control of negative conditions highlighted and allows to delay the aging process.

But it’s not enough!

As anticipated, a share of AGEs is exogenous, that is, we ingest it directly with food. It is not new: in 1912, a French scientist, Louis Camille Maillard, noticed that in foods cooked at high temperatures there was a non-azymatic reaction between reduced sugars and amino acids, which generated aromas and the characteristic golden color of baked goods, determined by the AGEs formed. The modern diet of the richest states provides a much higher amount of AGEs than the Mediterranean diet, and in general compared to all other traditional diet types. This is determined by the habits to consume increasingly frequently precooked foods or industrial preparations, avoiding fresh food (which must be processed), for example also common breakfast cereals provide high amounts of ages because they undergo industrial treatment at high temperatures that favors glycation reactions. An important quantity is present also in the fattest meats and especially in the processed ones (various sausages), in the fatty and aged cheeses, in the mainly industrial baked products.

The surplus of AGEs can be eliminated by our organism by specific enzymes or simply by renal excretion, but recent studies show how the consumption of daily AGEs increases inflammation and oxidative stress.

Several scientific researches show how the production of AGEs, as well as that of free radicals, are fundamental in maintaining the balance of oxide-reduction of our cells (homeostasis), so basically demonstrate how impossible it is, It is also useless to try to reduce to zero organic glycation/ oxidation products, also in compliance with the concept of "ormesi" as an adaptive function, but the increase in age can increase the production of ages and free radicals to exceed the limit "safety" and act by causing a certain cellular damage compared to the potential controllable with a healthy lifestyle starting at an early age.

Suggested articles
Protein powder: which to choose?
What is whey protein used for and which ones?
How to recognise the quality and purity of a protein supplement