Functional Nutrition What are Functional Foods and why should we eat them?
Home / Nutrition / Diets

Functional Nutrition What are Functional Foods and why should we eat them?

What are functional foods?

The term functional foods was used for the first time in Japan in the 1980s, where these foods were identified with the abbreviation "FOSHU" (Food for Specific Health Use). Functional foods marketed as "FOSHU" have precise scientifically proven capabilities from in vivo studies. This means that functional foods have properties that go beyond strictly nutritional ones, being able to positively influence one or more physiological functions.

There is currently no specific legislation in the European Union on the category of functional foods and its labeling. Even in the United States, the FDA (Food and Drug Administration), the body that deals with defining food legislation, has not expressed an official definition of functional food. According to the Commission on the Science of Functional Food in Europe (FUFOSE) it is functional:

"(...) a food that has a beneficial effect on one or more functions in the body, beyond the nutritional effects, in a way that is relevant for improving health and well-being and/or for reducing the risk of disease. It is consumed as part of a normal diet. It is not a pill, a capsule or any form of food supplement. "

Here are some examples of foods that are part of functional nutrition, i.e. a type of diet that combines the synergy of multiple foods for functional purposes to positively influence the work of internal organs. You will almost certainly notice that many of these foods are already in your pantry or fridge! 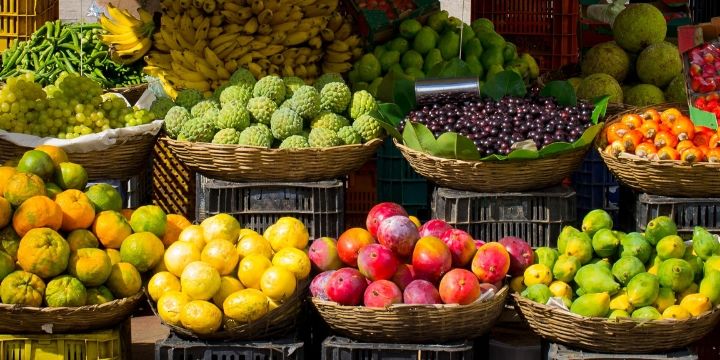 Green, yellow, red and purple fruits and vegetables: among the best functional foods.

Whether they are "natural", or genetically selected, some types of fruit and vegetables are considered "functional" because they contain bioactive chemical elements that can potentially prevent the onset of certain diseases.

Being compounds with high bioactive power, they are known by the name of phytonutrients and include a huge amount of elements such as:

Phytonutrients, traditionally associated with "feeling good", have recently been confirmed by scientific research as actually very beneficial for our health. 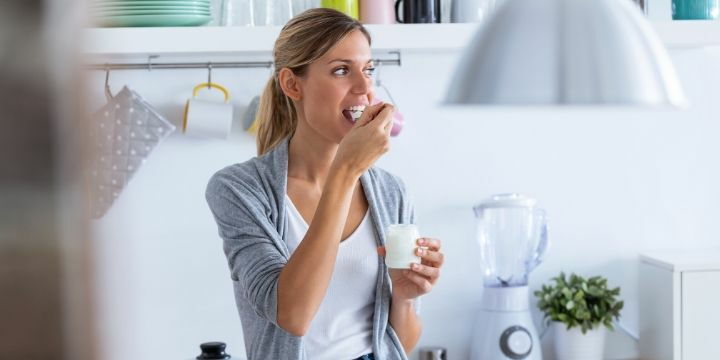 Yogurts with plant sterols and probiotics are excellent for the intestine. But beware of the amount of sugar!

Other functional foods have an added component starting from a functional ingredient, for example, foods that contain strains of probiotics, prebiotics, stanols and plant sterols, such as some yogurt on the market.

"Free from" and "rich-in" foods 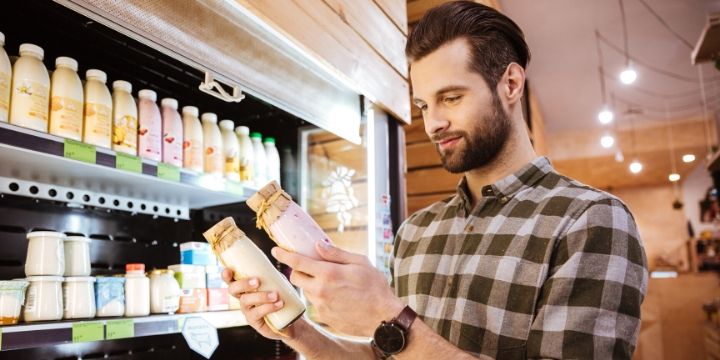 Foods and drinks fortified with vitamins and minerals: now in all supermarkets.

Free-from foods are those where a component has been reduced or eliminated for a specific purpose, such as low-fat or lactose-free milk, or eggs with an added amount of omega 3. We are talking about special foods that lack or are particularly rich in certain components. In these, one or more elements have been, as we said for free-from foods, modified, eliminated, replaced or, in the case of rich-in foods, enriched with the addition of vitamins, fiber, calcium, omega 3, for example, to improve their beneficial properties.

Why should eat more functional foods

Functional foods are not part of the vast world of food supplements but are real foods, with the same nutritional properties, appearance, smell and taste as traditional foods. The difference lies in the fact that, if consumed as part of a balanced diet and a healthy lifestyle, they can offer scientifically confirmed benefits for the improvement of health and the prevention of certain pathologies or ailments.

Most health specialists agree that a healthy diet as a whole is the real "functional element". The synergy between the consumption of functional foods, the balance of macronutrients and constant physical activity certainly assists a complete and lasting state of mental and physical well-being.

An emerging data on various fronts suggests that adequate and conscious consumption of functional foods can help us counteract the pathologies characteristic of our millennium such as:

It is now common opinion that combining functional foods according to your needs can contribute to:

The future of functional foods

Further scientific research is needed to confirm the safety of using functional foods, in particular those that have undergone alterations from the food of origin. To be valid, these studies must include multiple biomarkers, i.e. biological, genetic or biochemical indicators that may indicate a relationship with the onset or the development of pathology. Also, the research must take into account individual genetic variability and the effect on the intestinal microbiota, a factor increasingly considered in terms of 360° health.

However, this is a positive food trend that is opposed to excessive food's industrialization and refining, with intensive crops and breeding that are depleting the nutritional richness that we bring to the plate. Across Europe over the last decade, there has been a significant increase in interest in the food-health combinatio, therefore, we will certainly see more and more functional foods in supermarket aisles and fruit and vegetable departments.