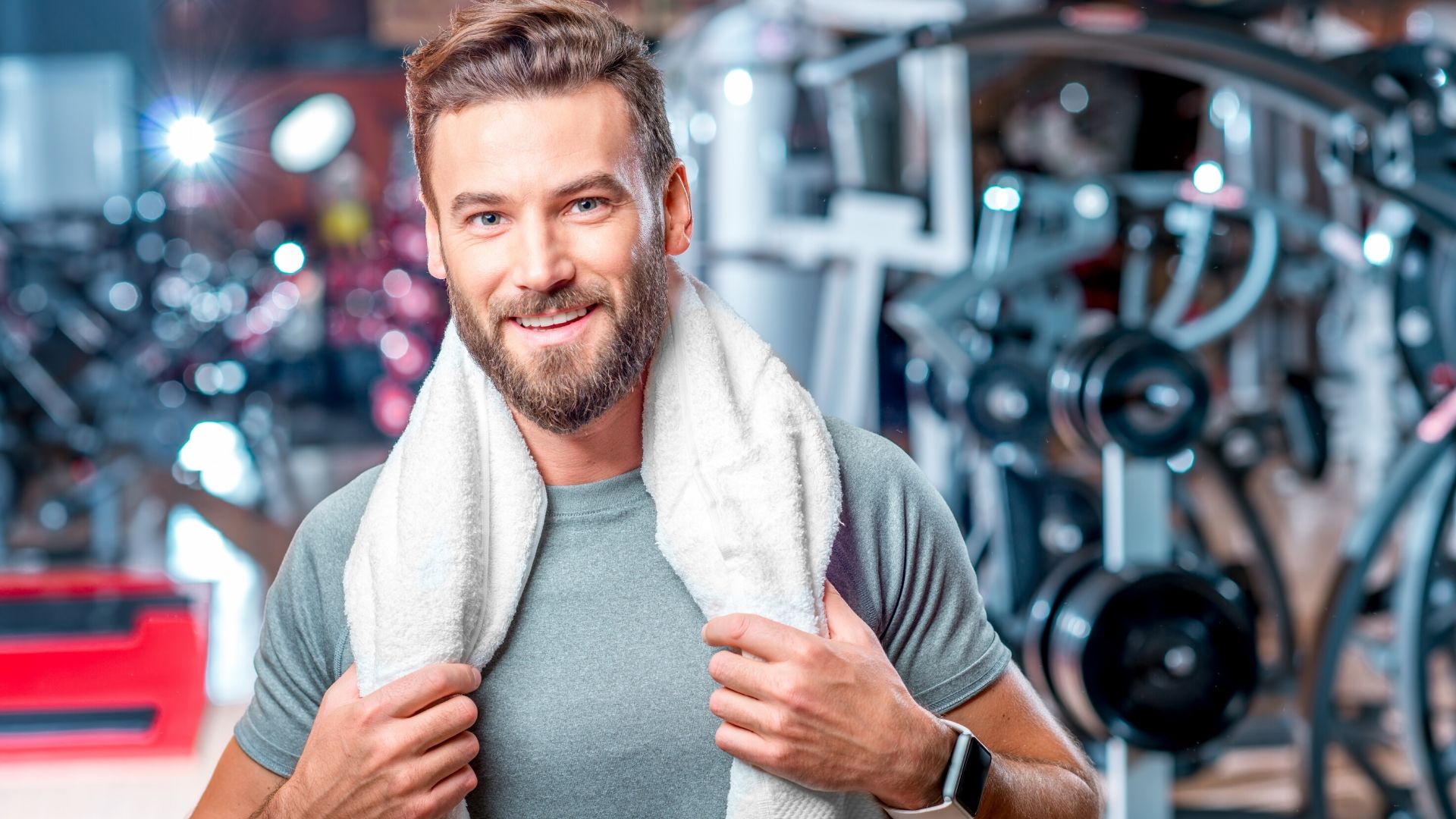 In setting up a training program, the choice of exercises plays a fundamental role. Exercises determine the muscular districts that we are going to involve and, although the most well-known and trained districts such as deltoids, quadriceps, hamstrings, etc. are simple to identify and involve, our body is made up of many other minor muscular districts.

Using different working angles, which adapt to our biomechanics and allow us to work safely, would better involve all the non-superficial muscles that are often ignored when we only repeat the same 2-3 motor patterns for months (or years, in many cases!).

In essence, using different motor patterns during the mesocycle will allow us to train a greater number of muscle districts and bring two important benefits:

In this article, we will see 6 little-known but interesting "alternative" exercises to vary the training motor pattern. We will think about why they are useful and, above all, how to contextualize them properly because, as we will see, it is okay to vary the muscle stimulus but this change must be used with logic. 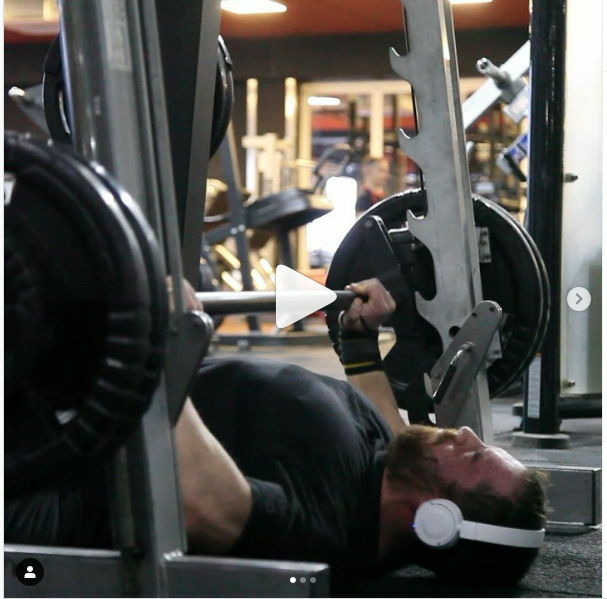 The Floor Press is a fairly well-known exercise: it is a variant of horizontal thrust (or flat bench) performed from the ground. The main advantage of this motor pattern is that it allows us to avoid the bench sticking point, normally identified as the humerus forms an angle of 180 ° with the trunk. In the Floor Press, we stop just before. Another characteristic is that the scapular setting will be more constrained. We could not force the adduction of the shoulder blades and we should seek stabilization by relying mainly on their depression. This characteristic makes this exercise a good preparation both for normal thrusts, in which we should not force extreme positions and settings to be stable, and crosses, exercises in which it is advisable to avoid forced adduction to bring the chest to a greater shortening at the concentric end.

The version of the exercise at the Smith Machine is the variant that I prefer because it allows excellent execution stability and safety that we do not find in free weight variants. 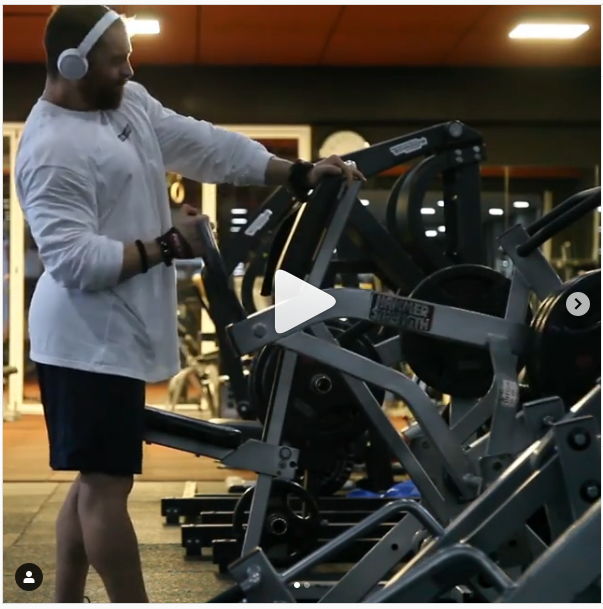 Pulley Machine, the one-sided version is the best to activate the latissimus dorsi muscle at best because it allows us to tilt the trunk sideways and bring the origin and insertion even closer. Here, however, the focus should not be placed on the one-sidedness of the exercise, but rather on the "stepped back" position, with a step backward. We know that muscle has a greater ability to create muscle tension when it is in the maximum stretch position. As it gets shorter, it manages to express less and less force. This is called the muscle resistance curve (RP).

Likewise, the motor pattern also has its own resistance curve. Think of a squat where we will have much more tension near the parallel (sticking point) than at the top. Well, in a normal Pulley what happens is that the RP of the exercise sees a maximum tension at the concentric end (notice it: normally you feel it heavier than the first grades of ROM!).

So exercise is more difficult where the muscle is weaker. This obviously leads us to have a very strong sticking point right at that point.

The stepped back position, however, allows us to change all this. Without going into a Mechanics lesson, let's just say that as we continue in the concentric, the machine will give us less resistance. Here the exercise becomes easier when the muscle is weaker. We will then have (ideally!) A flat RP, therefore without the presence of sticking points.

This will avoid stalls and allow us to achieve even more complete failure during the year, with consequent benefits from a hypertrophic point of view. 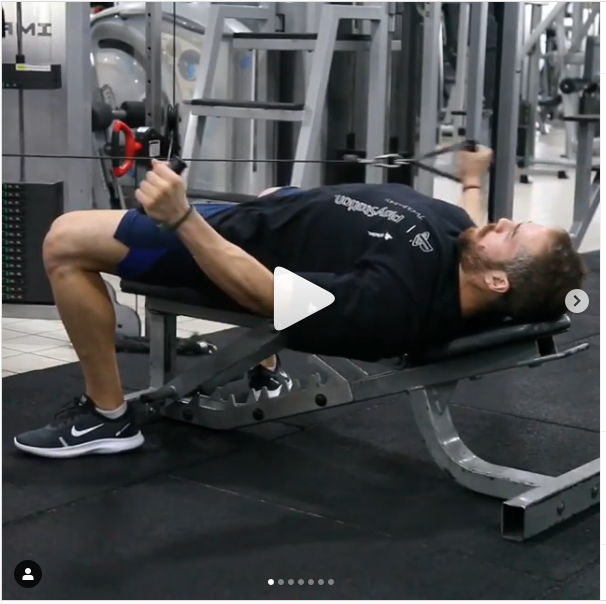 A very interesting variant of the side risers. Here the biomechanical advantage we have is twofold:

But what if you want a lot of tension in maximum shortening without excessively involving the trapeze? So let's change the work plan. As you can see from the video, the exercise does not work on the frontal plane, but diagonally (halfway between the frontal and the sagittal). This means that the humerus will be extra-rotated and that the medial deltoid will reach its maximum shortening just above 90° of abduction.

In short, an interesting variant to be included in your programming! 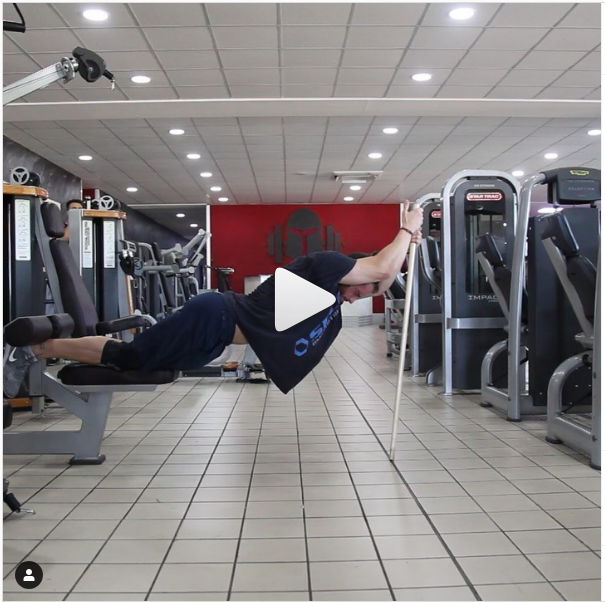 Here is a nice variant to involve hamstrings and buttocks! The Glute Ham Raise is one of the most brutal bodyweight exercises ever, for this reason, we will use a stick or rubber bands. The exercise involves working in flexion of the knee extension with ankles and knees blocked.

This involves a strong intervention of the hamstrings. We can, therefore, use this exercise to create a lot of muscle damage! The Glute Ham Raise done in this way lends itself well to negative repetitions, so, for example, I will let myself go in the eccentric phase keeping as much tension as possible on the hamstrings to slow down "the fall", and then go back up helping me with the stick. This variant will be particularly brutal if inserted at the end of a Pull day or a leg session! 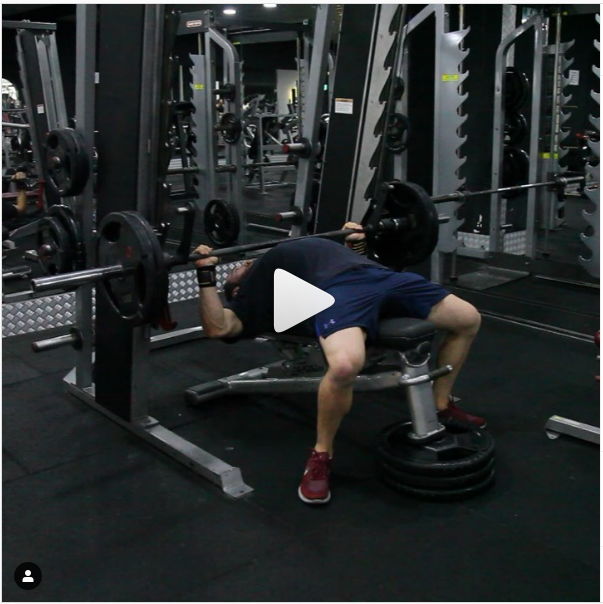 Don't you have a declined bench or specific machinery? No problem, just a couple of discs and a Smith Machine. In the video, you can see the exercise that I personally insert in at least one of my chest rotations. This type of activity is truly fantastic for targeting the sternocostal bundles of the pectoralis major. The working angle, in fact, leads us to exclude the intervention of the anterior deltoid and to make the pectoralis major work.

Great to insert towards the end of your chest workout, personally I don't love it as much as the first exercise since the ROM is particularly short. This is due both to the presence of the ribcage, which prevents going further in the eccentric movement and to the joint problems that could arise from the shoulder. 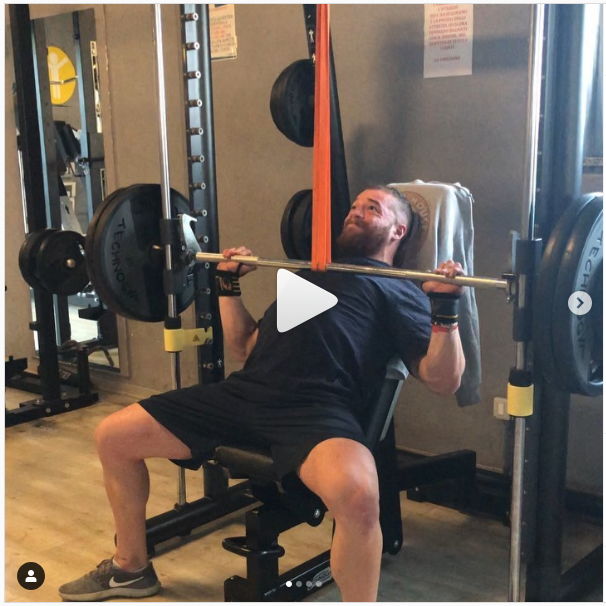 We close this carousel with one of the variants I prefer for the upper torso. The Super Incline Press is a variant of Shoulder Press in which we create an arch to take advantage of the scapular setting, but also to reduce the degrees of inclination. We will get a "super inclined" bench rather than a real shoulder press.

This will allow us to better target the clavicular bundles of the pectoralis major as well as, of course, the anterior deltoid and triceps. The use of the elastic is not accidental. These types of thrusts have a strong sticking point in the middle of ROM. With the elastic, the resulting resistance profile will be much flatter and more uniform, allowing us a better progression of performance over time and a lower risk of stalling.

As we have seen, there are many variations to play on and we can take full advantage of them in our training to get the best possible result. Just keep an eye out for its logic. Changing exercises only in the name of a generic "variation of the stimulus" is the perfect result to run into stalls and sever your legs as you progress!

Suggested articles
Lagging muscles: seek for the Holy Grail or... go back to school?
Mind-muscle connection Part 1 | How to activate and improve it
Huge Biceps: How To Maximise Muscle Development