Bodybuilding is a sporting discipline that aims to create a symmetrical and well-proportioned physique by increasing muscle mass and reducing body fat.

Symmetry means that the right and left sides of the body should be perfectly balanced; the dominant arm, for example, should not be bigger than the other arm.

Proportion on the other hand means there should be all over balance across the different parts of the body; for example, the legs should be a certain size compared to the arms. You often see physiques where the top part of the body is massive but the legs are under-developed.

Arnold Schwarzenegger's weak point, they say, was his calves, and he tried to overcome the imbalance with the rest of his body by putting most effort into this muscle group.

Whilst symmetry can be measured precisely and mathematically (where the right part is exactly equal to the left), it is not quite so easy to assess proportion. 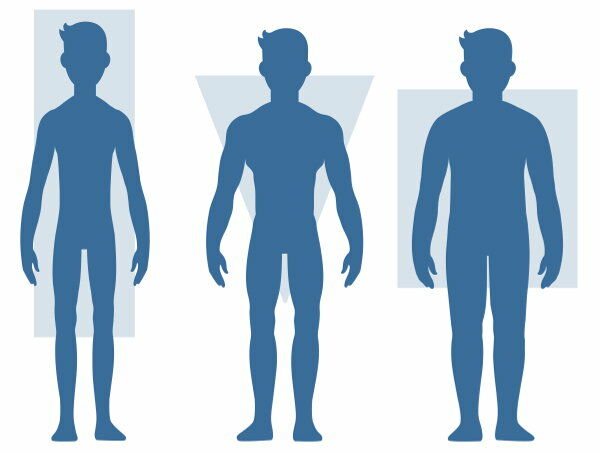 The image of the ideal bodybuilder is based nowadays on muscle mass and having massive muscles, but up until a few years ago bodybuilding aspired to a different type of physique.

The so-called Golden Age of bodybuilding of the 70s and 80s saw bodybuilders like Frank Zane, Lee Haney and Chris Dickerson, who aimed not just at building incredible muscle mass but at combining a balanced body shape with an exceptional muscular physique.

Anyone who looks back fondly on this golden age will be delighted to know that the NPC/IFBB announced on 7 September 2015 that a new section was being created for men - the Classic Physique, for athletes who want to push their bodies beyond the limits of men's physique, but not go to extremes in bodybuilding.

Eugen Sandow may not be known to everyone, but he is considered the father of bodybuilding for his research into body measurements: the statuette presented to the winner of Mr. Olympia is actually modelled on Eugen Sandow.

Sandow (1867-1925) was one of the most famous strong men of his time, he was capable of incredible feats of strength such as bending iron bars, bursting open chains and hoisting up horses and groups of soldiers. 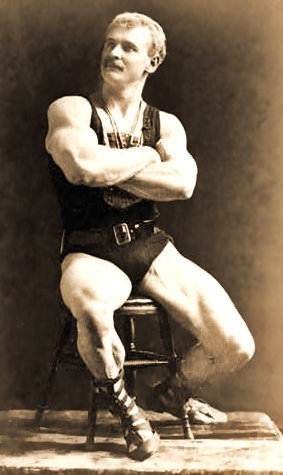 He was also a great admirer of statues from the Greek and Roman periods because of their dimensions and muscular measurements, and he often visited Italy in order to measure them, with the aim of sculpting his own body to the same measurements.

With a series of exercises using barbells and a strict diet, he achieved incredible results.

As a matter of interest, Sandow's measurements at the age of 35 were:

Incredible measurements considering this was 110 years ago!

Steve Reeves and his solution for calculating size

Steve Reeves is a legendary bodybuilder and had one of the greatest physiques in bodybuilding.

Ever since the 1940s and 1950s his physique has been considered one of the best that anyone can aspire to.

Reeves devised a system for the perfect body, based on the correlation between height and body weight: he considered the ideal muscle mass to be dependent on height, and you can't increase mass without making the whole body disproportionate.

These are the limits:

Height/weight ratio according to Steve Reeves

Again as a matter of interest, Steve Reeves' measurements were: 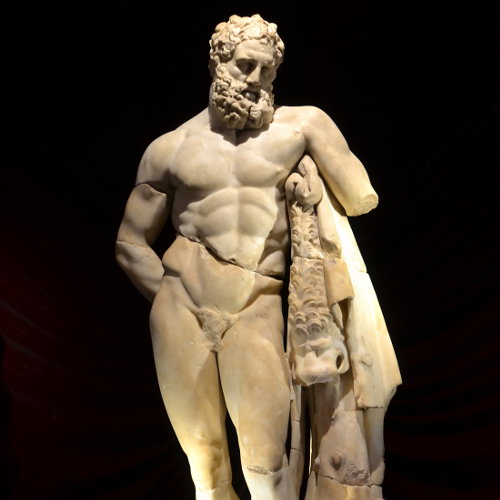 Muscular proportions in ancient Greece: Statue of Hercules by Lysippos

There are various ways of calculating your ideal body measurements. John McCallum's formula is the most widely-used method, let's see how it works.

This formula uses the wrist measurement to work out the measurements for other parts of the body:

Below is the calculator for working out your ideal measurements according to John McCallum.

Symmetry and proportion are obviously a genetic consideration first and foremost.

It would be misleading to omit to mention that athletes like Sandow, Reeves and Zane, plus others, have been endowed with remarkable genes.

It remains clear, however, that with dedication and commitment it is possible to maximise your own genetic potential and create a body shape with the proportion and symmetry that nobody, even the genetically gifted, can attain without work, training, diet and commitment.

The measurements given in this article are a useful reference for you to assess which parts of your own body require most work and help you develop a more balanced physique.