What are essential amino acids? What functions do they have?
Home / Nutrition / Macronutrients

What are essential amino acids? What functions do they have?

The term amino acid refers to the structural unit of proteins and natural peptides (simpler structures than proteins that are physiologically autonomous).

They are also precursors of very important non proteinogenic biological compounds (methionine, glutamic acid and glycine). The ones we are interested in are the α amino acids, or proteinogenic amino acids.

We can divide this type of molecule into three primary categories:

This article will deal exclusively with essential amino acids as they are important for our bodies, commonly integrated and are extremely relevant for people on a vegetarian or vegan diet.

In order for the protein synthesis to proceed as it should, the relative concentrations of essential amino acids must be optimal.

If there is a lack of even one of these (limiting amino acid), the protein synthesis becomes ineffective (in the worst case) or in any case less efficient than it has potential to be.

Without getting into specifics, EEAs have many main functions:

During the growth period, a ninth is added to the eight, namely histidine, as the body needs more than it is able to synthesise endogenously.

The foods that contain sufficient quantities of all the essential amino acids are meat, eggs, fish and dairy products. Other foods are characterised by a greater or lesser deficiency of some of these amino acids, such as foods from plants (hence stressing the importance of EEAs for so-called plant eaters). For example, the protein content of cereals are lacking in lysine and tryptophan, while pulses contain good amounts of lysine but are deficient in methionine.

It should be clarified that meat, dairy products and eggs also contain a limiting amino acid, namely methionine or tryptophan, the concentration of which still reaches sufficient levels to ensure protein synthesis, however.

As such, adding grains and legumes to your diet could be a winning move to get the most from your protein synthesis and could even improve it (of course this only applies if you have a healthy diet balanced with proper training)

In any case, it is not necessary to consume the complementary proteins (all the EEAs) within the same meal because the body has endogenous "reserves" (intrinsic amino acid pool) to cover any specific deficiencies.

Below I will list the eight essential amino acids, along with some of their main features. 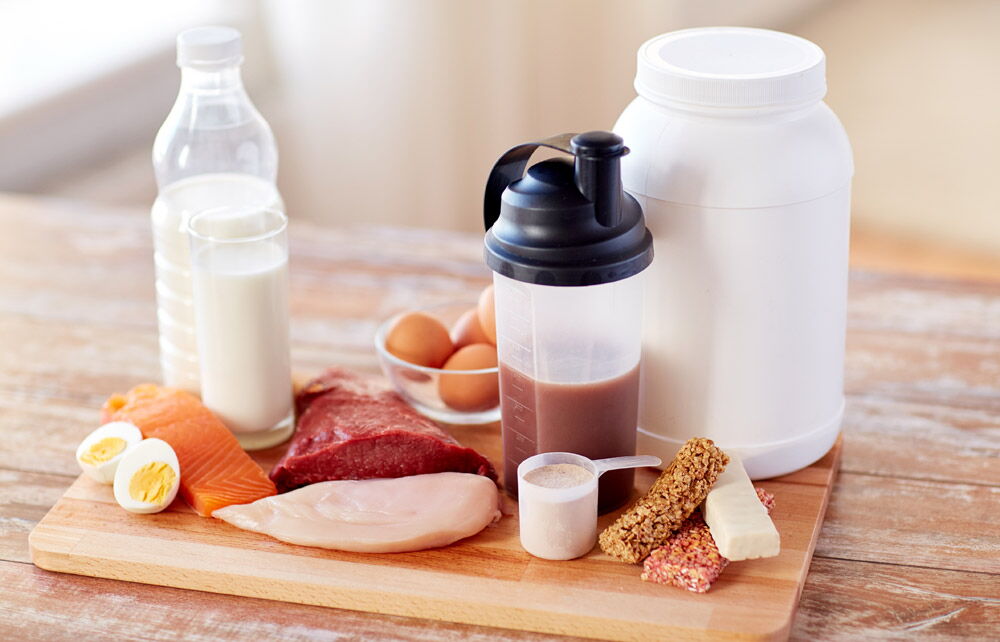 Phenylalanine is a non-polar amino acid involved in the formation of the most common food proteins. It is also the main constituent of aspartame, a sweetener used in the food industry, especially in carbonated beverages. Its concentration in the blood is indirectly linked to the sensation of hunger by lowering serotonin levels, leading to an increase in food cravings.

Finally, it has an melanin synthesis inhibiting function that is responsible for the hypopigmentation of hair, skin and the iris (blonde hair and blue eyes).

Isoleucine is part of the branched chain of amino acids (BCAA), along with L-leucine and L-valine.

It is defined as a ketogenic amino acid, because the products of its degradation include acetoacetic acid, a ketone the body can use as a source of energy in starvation situations, and it is also involved in the formation of haemoglobin.

The integration of isoleucine may also stimulate the pancreas to produce insulin, and can therefore be considered a natural remedy for patients with type I diabetes and all sportspeople that require greater stores of glycogen and other amino acids in the muscles.

Leucine is important for building and maintaining muscle tissue by promoting protein synthesis (stimulating l mtor), and is the most important of the three so-called branched chain amino acids. It can be converted into ketone, thus protecting the muscles from the phenomenon of catabolism by serving as additional reserve of energy.

Valine, the third and last of the branched amino acids, is important during prolonged exertion or in fasting situations, especially in long-term and/or high intensity sports thanks to its immediate bioavailability.

Lysine is involved in the production of L-carnitine, a compound that allows the muscle tissue to use oxygen more efficiently, improving the tolerance to stress and metabolism of lipids, allowing them to be used as an energy source.

It also plays a part in the composition of collagen (the fibrous protein that makes up bone, cartilage and other connective tissues), and promotes the formation of antibodies, hormones (GH) and enzymes.

In addition, it is necessary for developing and fixing calcium in bones.

Finally, lysine serves as a precursor to niacin (vitamin B3), the supplementation of which has the function of increasing the so-called ''pump'' (vasodilation) during training.

Methionine is involved in the synthesis of cysteine, carnitine, lecithin and phosphatidylcholine. As a powerful acidifier in urine, this amino acid is useful for controlling pathogenic bacteria and treating some types of kidney stones.

In medicine, it is used for its lipolytic capacity within the arteries and for treating hepatic steatosis (fatty liver).

Threonine affects vitamin B12 formation processes, promotes digestion and also lowers blood cholesterol levels by preventing liver diseases, such as so-called fatty liver (like methionine). At the level of tissue, it promotes the regeneration of collagen proteins and elastin. Its use in sporting contexts has the primary function of preventing tendon and muscle injuries.

In nature, Tryptophan is mainly found in protein from animals. Adults require about 250 mg/day and its concentration in the blood generally falls between 10 and 40 mmol/l.

It is the precursor of serotonin, a neurotransmitter, and melatonin, substances that regulate sleep and waking patterns, and because of this peculiarity it has been used both in drugs to induce sleep and as an antidepressant.

In the world of strength and endurance based sports, it is used to increase tolerance to pain, while in precision sports it increases the concentration obtained from supplements.

Histidine, lastly, is part of many enzymatic processes, as well as the formation of red and white blood cells. It is a precursor of histamine (a molecule involved in inflammatory processes used in allergenic treatments), acts as a vasodilator and seems to have positive effects in sports in terms of stamina.

A lack of each of the eight essential amino acids brings about different disorders that can in turn lead to occurrence of pathological disorders, especially in vegetarians and vegans:

Suggested articles
Sources of Calories: Carbohydrates, Fats and Proteins
Amino acids, precious allies for well-being, not only for athletes!
Protein powder: which to choose?