Black Guardian: let's purify ourselves. The body will thank you!
Home / Wellness / The Expert's Word

Black Guardian: let's purify ourselves. The body will thank you!

In addition to having supplements available that can help in supporting and improving performance, or in building the hard-working muscles, it is good to know that there are effective supplements that help "upstream" or better, "inside", to have an organism that works best not only for maximum athletic or aesthetic results.

If any part of "our engine" malfunctions, problems of various kinds will arise over time sooner or later.

So let's get together.

Today more than ever we live in contact and nourish ourselves in a world polluted by toxic substances unfortunately often present in the foods we introduce and the liver assumes the fundamental and difficult role of eliminating toxins from the body.

Furthermore, the liver recycles and stores food, contributes to metabolism, aids digestion, filters the blood as well as transforming any toxic substances into harmless substances that the body can use or eliminate.

It is a duty for an athlete who is stressed so much, always remember that this organ, like the whole gastrointestinal system, must be protected and supported in its functions with a certain regularity, so that an optimal state of health can be favored.

Like all "Formula 1", the athlete in particular, in order to have maximum performances, not only must feed himself with the best fuels (nutrients) but must have all the engine gears well oiled, well functioning, so that it translates in the end. in a high performance, an excellent physical appearance and a state of general well-being.

Black Guardian is the expression of a choice of 8 antioxidant and phytotherapeutic elements with synergistic activity that can help greatly in favoring the body's fundamental purifying processes. 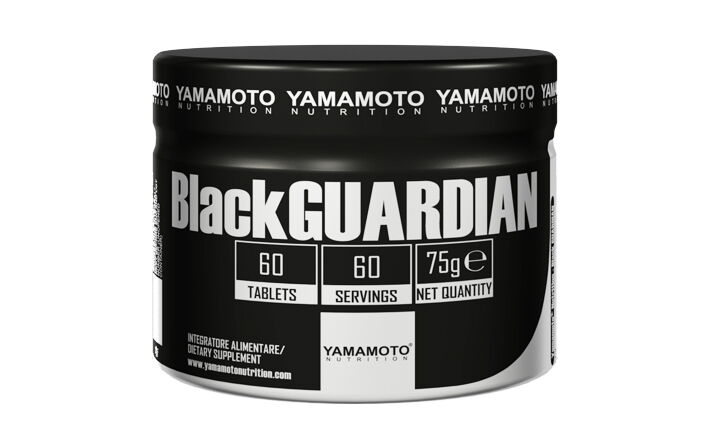 The human body defends itself against the formation of free radicals through Glutathione, which directly participates in the neutralization of free radicals, reactive oxygen compounds, and keeps the internal antioxidants, such as vitamins C and E, in their reduced form, that is active.

Its main function is to act as a donor of (negative) electrons in the reaction catalyzed by Glutathione Peroxidase; this reaction plays a prominent role in the elimination of toxins and in particular of hydrogen peroxide (hydrogen peroxide, full of ions +), extremely toxic for cells and ALWAYS present in the case of medium and severe diseases.

Through the process of direct conjugation, it detoxifies the liver and blood from many xenobiotics, therefore drugs, many toxic metals, vaccines, environmental contaminants, carcinogens, insecticides, alcohol, but also compounds of natural origin and compounds that they originate from the addition of chemical additives or following the cooking of food.

But there is a big problem.

There is a great difficulty in absorbing Glutathione via the oral route, so it is now known and decidedly advantageous to introduce N-ACETYLCYSTEINE, an excellent precursor of it, which can be effectively absorbed in the intestine and made available at the cellular level.

In itself, Acetylcysteine ​​"NAC" assumes interesting antioxidant properties, but the demonstrated ability to increase endogenous levels of glutathione makes this supplement one of the most efficient fighters of oxidative damage, no longer limited to its original use as a mucolytic.

Among this mixture of elements, the CARDO MARIANO could not be missing, of which the fruits contain bioactive substances favorable for its purifying effects such as silymarin.

Silymarin and its hepatoprotective properties have long been known in more traditional folk medicine.

The hepatoprotective action of thistle has been confirmed by numerous scientific studies and is mainly due to the activity of silymarin as an inhibitor of fat peroxidation, as a regulator of cell permeability and, more generally, as an inhibitor of the formation of metabolites responsible for liver damage. .

In the Black Guardian there is also the CURCUMA extract, very growing among modern phytoextracted supplements but used for more than 5000 years in traditional Indian medicine, both in Chinese medicine as a detoxifier and purify the body, in particular the liver and also as a powerful natural anti-inflammatory. 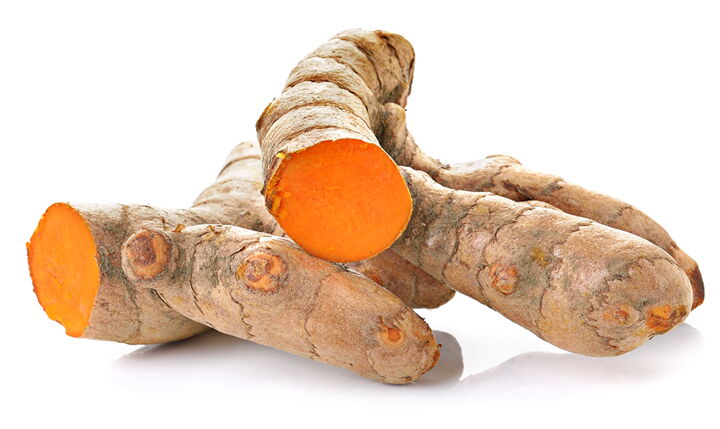 Thanks to the curcumin it contains, turmeric has multiple anti-inflammatory, antioxidant, antirheumatic, digestive, bactericidal and antiviral therapeutic activities. But among the many potential therapeutic applications, it is essentially used as a protector of the liver and gastric mucosa, as an anti-ulcer (at low doses) and recently more and more for its anti-inflammatory action.

The presence of BLACK PEPPER in the Black Guardian helps in significantly improving the absorption capacity of turmeric and as a support to regular gastrointestinal motility.

"Unusual" element present in this specific composition of elements of the Black Guardian is the INOSITOL.

But let's say that with good reason it can be a great protagonist of this "team", this is because it is one of the most important remedies in the detoxification processes of the organism and the liver, of which it favors the filter functions helping to neutralize endogenous toxins, those produced by the same organism and those exogenous.

The lipotropic function of inositol is also very important, i.e. that of mobilizing fat from the liver (lipotropic effect), an essential action for the health of this organ, as the storage of fat and bile is often associated with the development of more severe such as the "common" steatosis (fatty liver).

In support of these detoxifying "riders", we find BETAINE, which is a powerful "methylating agent" which intervenes precisely in the body's "methylation" cycles, which involve detoxification processes. 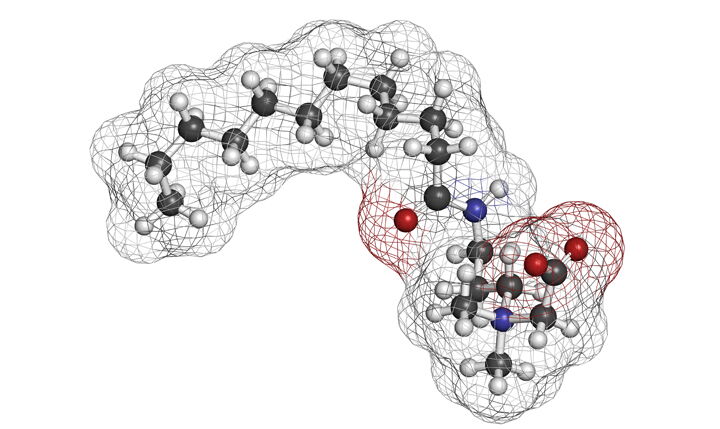 In fact, among its functions, it has a detoxifying effect on the liver, very useful for example in alcoholism and in certain forms of liver poisoning by drugs or chemicals.

Vitamin B12 is known as the "energizing vitamin" (in deficient, stressed, tired or convalescent subjects), it is necessary for the normal metabolism of the nervous tissue and participates in the metabolism of Protein, fats and carbohydrates.

Among the many biochemical processes in which it is involved in the body, vitamin B12 and folic acid have a particular relationship in the work of cell division and find therapeutic application of regenerative support on liver cells.

The synergy of several elements for a targeted action, but above all more than beneficial and healthy for our body.

Do we want great performances? Let's help him with what science and nature makes available to us.

Suggested articles
Detox bath | Get rid of toxins with these 3 simple ingredients!
Fitness and preparation for summer
Supplements and diet in cycling