Acne: what it is

Its a chronic inflammatory disease of the pilo sebaceous follicle: the excess sebum produced by the glands obstructs the follicles and causes an infection with the formation of cysts that remain under the skin. There are different stages of evolution of the disease which generally affects the face but can also spread to the chest and back which are seborrheic areas. 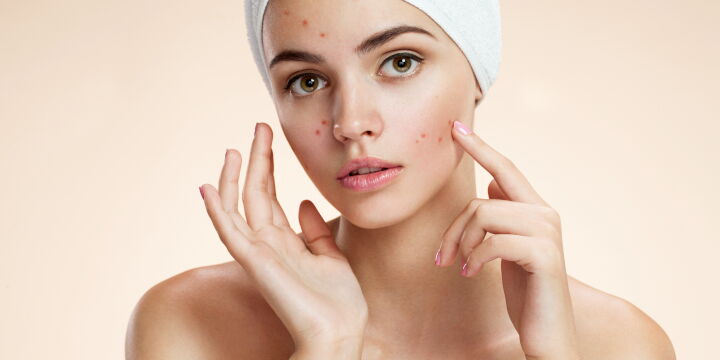 It can occur in predisposed subjects following changes in hormonal levels or during periods of high stress and should not be neglected because it tends to worsen and leave indelible marks on the skin.
The causes that lead to the invasion of P-Acnes Propionibacterium bacteria are:

A series of factors that generate an accumulation of sebum in the follicle and which, added to the impurities present in the air, determine the onset of the disease.
The proliferation of bacteria causes the appearance of pus which determines the eruption of papules which, in the most serious cases, will have scarring results.

Acne can be divided according to the type of prevalent lesion: 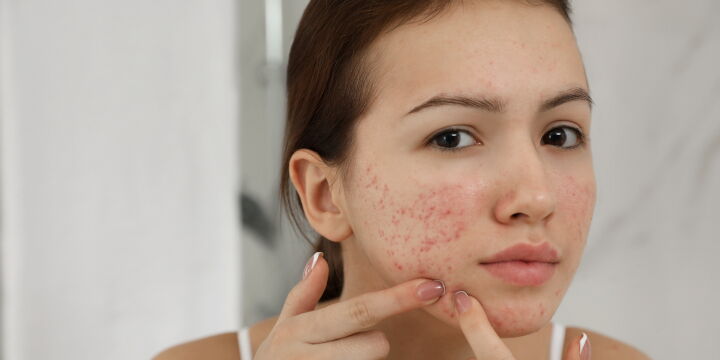 Due to inappropriate behavior, acne can worsen and generate:

When acne is in the first phase, the blackhead hasn't become a papule and there is no severe inflammation, its possible intervene with natural remedies that can be useful in the treatment of the disease by allowing the contents of the blackhead to escape and soothe the skin.
More and more clinical studies confirm the real importance in the integration of antiradical and antioxidant substances to such an extent as to restore the lost oxidative balance.
This beneficial effect is more evident on the skin and the use of antioxidants has become a common therapeutic practice in dermatology.
The purpose of these substances is to counteract the damage resulting from both acute and chronic photo-damage (premature skin aging). 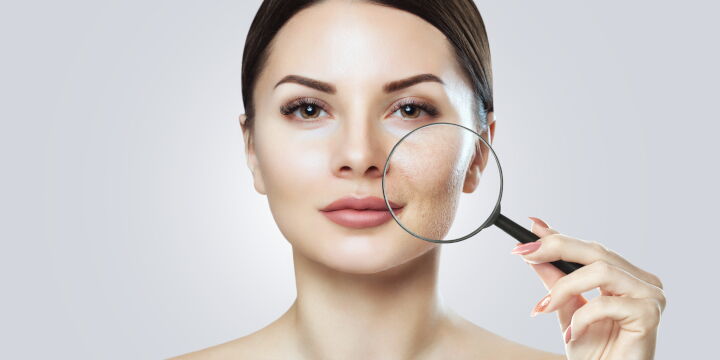 All living organisms defend themselves from aggression by producing natural substances and, in particular, in the plant world, its possible to find and extract the most effective known antioxidant systems such as:

More and more exploited for its therapeutic properties against the epidermis; aloe is effective in fighting inflammation by promoting healing.
Its a tropical plant (Aloe Barbadensis) that contains protein complexes linked to carbohydrates capable of controlling human metabolism.
It stimulates the growth of fibroblasts and this is the reason why it is used as a natural remedy to restore the right contents of hyaluronic acid, elastin and collagen. 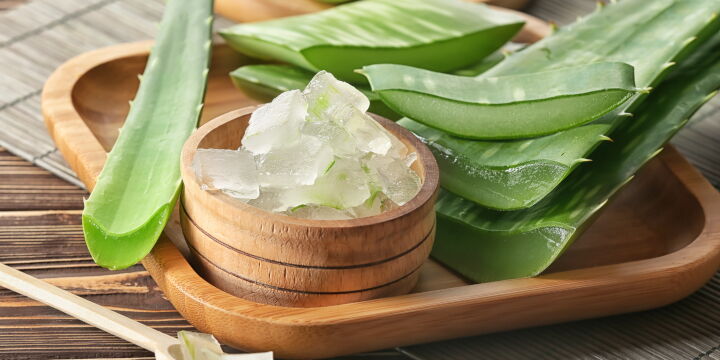 It is one of the first cosmetics invented by man, its part of the Hamamelidaceae family and this is the reason why in Italy it is known as Witch Hazel; a shrub with yellow flowers that can reach a height of 6 meters.
It performs an astringent action, allows to reduce skin oiliness and soothes it by calming the redness that characterizes young comedones. An excellent natural remedy for a complete daily skin cleansing treatment; witch hazel water is known for its decongestant properties.

Natural remedy to fight dry and arid skin; oil is a natural remedy widely used in cosmetics for its highly rehydrating and emollient properties. The concentrated extract of olive leaves has toning, revitalizing and refreshing properties and, therefore, suitable for impure and acne-prone skin thanks to the astringent and antiseptic action of the extract.
In cosmetics, olive oil is used as a base for moisturizing creams for face and body where, to ensure the lipid proportion and help restore the correct state of hydration of dry skin.

Drawn from the seed of the fruit, it contains fatty acids with a strongly emollient, elasticising action and is an excellent natural remedy for dry and very irritated skin.
In the presence of acne, it has a soothing and restructuring action. 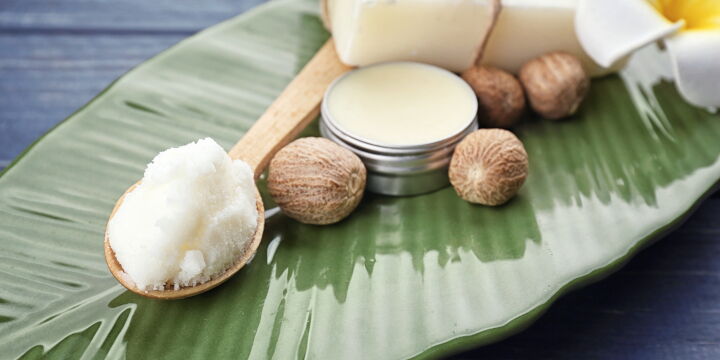 The secret of this plant is contained in the phytosterols; Vitamin D precursors

Present in nature in wheat, barley, rye and olive oil; azelaic acid is a saturated dicarboxylic acid which inhibits the action of the 5-alpha-reductase enzyme by 90% and as such is involved in products intended for skin treatment.
In particular, in the presence of acne, it acts by avoiding the proliferation of the bacterium P-Acnes, reduces inflammation, fights free radicals and regulates the activity of the sebaceous glands.

This product can be used not only in the kitchen but also as an exfoliant that can remove dead skin before it can clog pores.
For it to be effective, the bicarbonate must be diluted in water until a cream-like compound is formed to be applied to the skin with circulatory movements avoiding the area around the eyes.
This cream can also be used as a mask to be kept in place for 15 minutes even if the practice isn't recommended for people with sensitive skin. 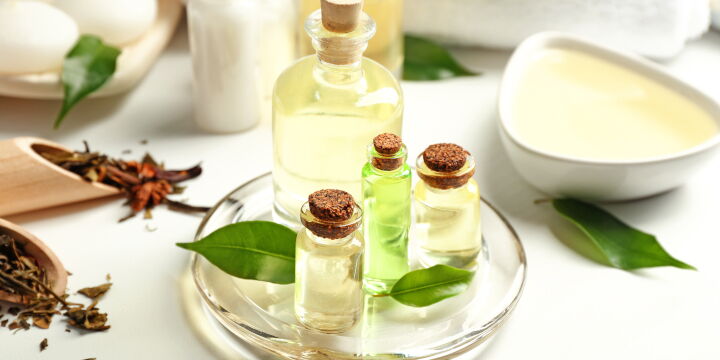 Another natural remedy comes from this essential oil which is one of the most effective in the treatment of skin affected by this problem.
Its effectiveness is due to the characteristic of being a natural antibacterial.
Its always used diluted with other substances and never pure (rule that applies to all essential oils) and should be applied to the face and neck with sterile gauze or cotton (face always cleansed).

With its sebum-regulating and antibacterial properties, sage is an excellent natural remedy to fight acne.
The infusion to be prepared with its leaves or the essential oil can be used. Both blends are used for face and neck cleansing and as tonics and masks.

Obtained from the roots of the Arctium; its a real drug very rich in chlorogenic acid, mucilage and tannins with an astringent and soothing action for the skin.
Through this powder, the basis of many creams and face treatments, it is possible to obtain infusions that are excellent remedies to thoroughly cleanse the skin.
To be used as tonics to be applied morning and evening for best results. 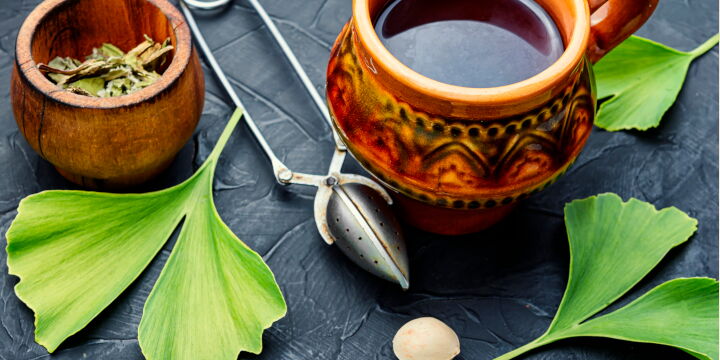 The oldest tree on earth and also the richest in active ingredients attributable to the category of flavonoids.
The extract is able to act on cell membranes preventing the formation of free radicals.
It has a stimulating and protective action on the microcirculation, fights skin aging and, in the presence of acne, the extract of Ginkgo Biloba leaves are an excellent natural remedy able to reduce inflammation thanks to the calming and soothing.

Lavender has an excellent astringent, antibacterial and soothing action. Acne sufferers will find great benefit in using lavender to decrease irritation, skin redness and blackhead formation.
Its possible to use both the hydrolat as a tonic and the essential oil added to cleansers, masks and anti-acne creams. 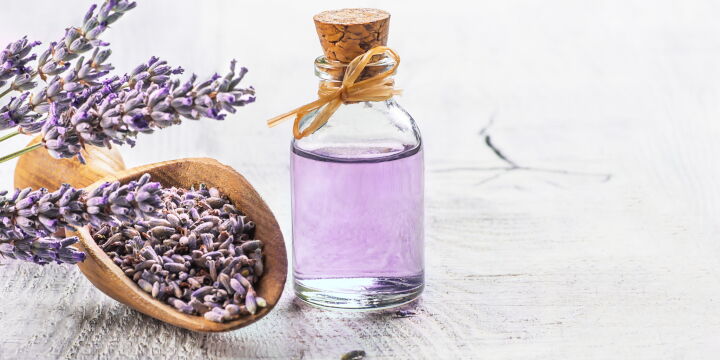 Modern cosmetics, today, is able to offer a series of advice and products based on natural extracts such as to allow skin functionality in every aspect.
Due to the extreme variability of the characteristics of the skin, very often, it is not possible to define with certainty and precision the belonging of a single example to a category rather than another, especially since these characteristics also vary with the trend seasonal and with eating habits.
For this reason, a purely cognitive character must be attributed to each indication as each choice must be made according to one's needs.
So all that remains is to experiment and identify the most suitable natural remedy!

And what do you think? Did you know these remedies? Have you ever used one? Tell us your experience in the comments!

Suggested articles
Enough with the seasonal ailments! These remedies help your defenses
Zinc: properties, benefits and effects
Circulation and cellulite problems | Natural remedies to defeat them