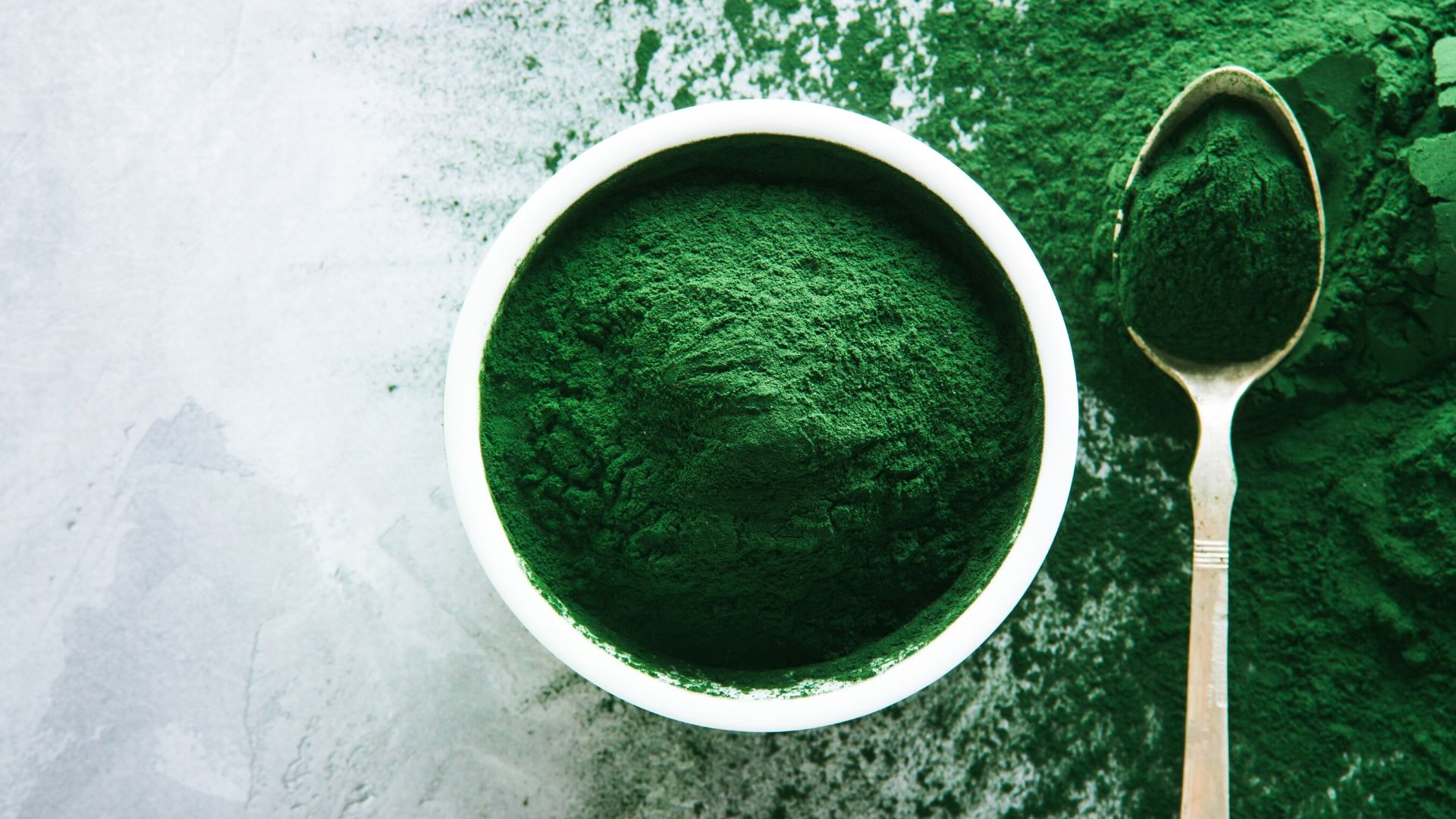 Spirulina algae is a filamentous single-cell microalga that lives in the fresh-brackish waters of tropical or subtropical alkaline pH lakes, such as those of the Mexican plateau, in China and Chad. In these unique waters there is a high concentration of sodium bicarbonate, potassium salts, magnesium and selenium. 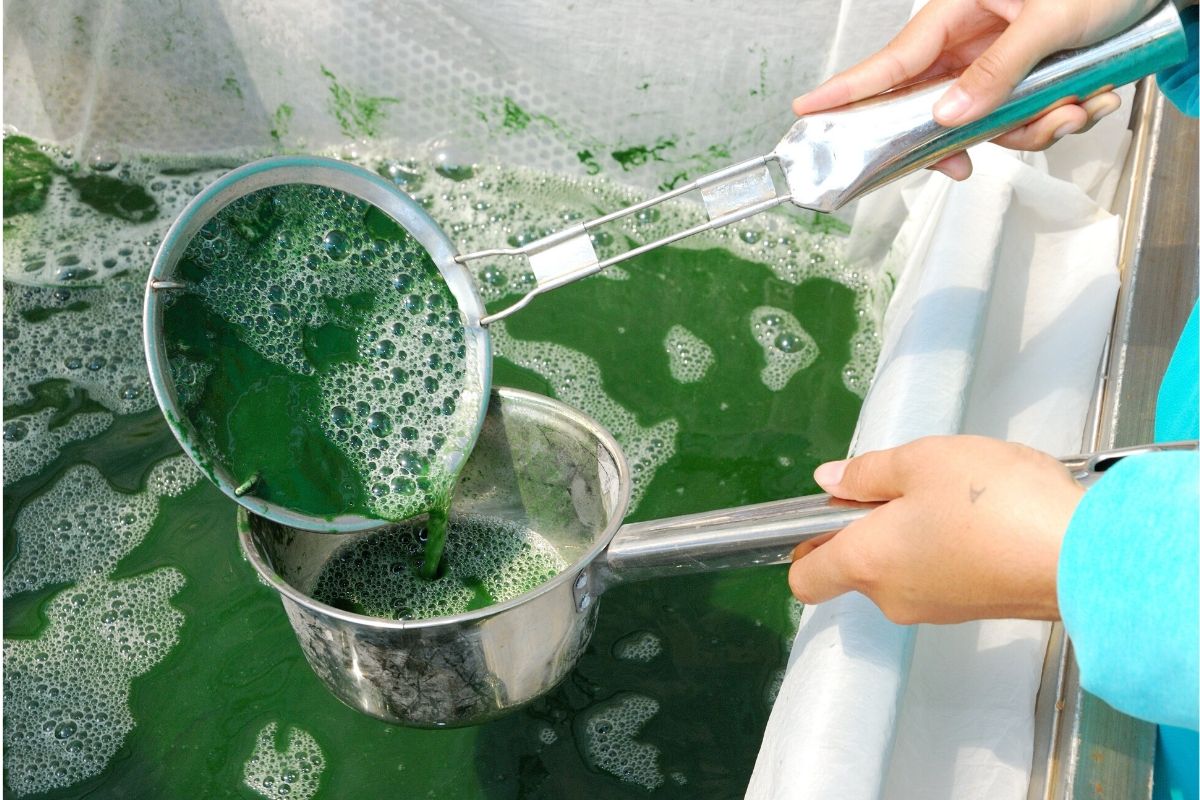 Spirulina is characterized by its green-blue color, its classic spiral shape (which determines its name), and its marked photosynthesis capacity. Despite falling into the category of blue algae, spirulina was subsequently inserted into the realm of bacteria, given the high genomic similarity with cyanobacteria.

The Aztecs and Mayans considered it a sort of esoteric food capable of giving extraordinary energy and vitality to those who took it. In modern times the spirulina alga has been defined as a superfood for its nutritional properties and for the numerous benefits enhanced by NASA's aerospace nutritional medicine and by the European Aerospace Agency, going from being considered "food of the gods" to "food of the future" by FAO in 2008.

Benefits and properties of spirulina

Spirulina, commercially available especially in the powder, flakes or capsules form, is recommended by nutrition experts in various areas related to malnutrition or as a tonic-tonic for athletes. It is characterized by a very high digestibility, favored by the conformation of the cellulose-free structural portion of the alga. Spirulina is also used for its detoxifying, antioxidant, and anti-inflammatory properties.

It also appears to have the potential to lower total cholesterol, LDL cholesterol, and triglycerides, while it could stimulate the production of HDL cholesterol, the so-called "good cholesterol". Spirulina alga is used by some as an adjuvant in the treatment of high blood pressure, the main driver of many diseases including heart attack, stroke, and chronic kidney disease.

Spirulina algae presents a series of essential nutrients that are highly assimilable for our body, in particular: 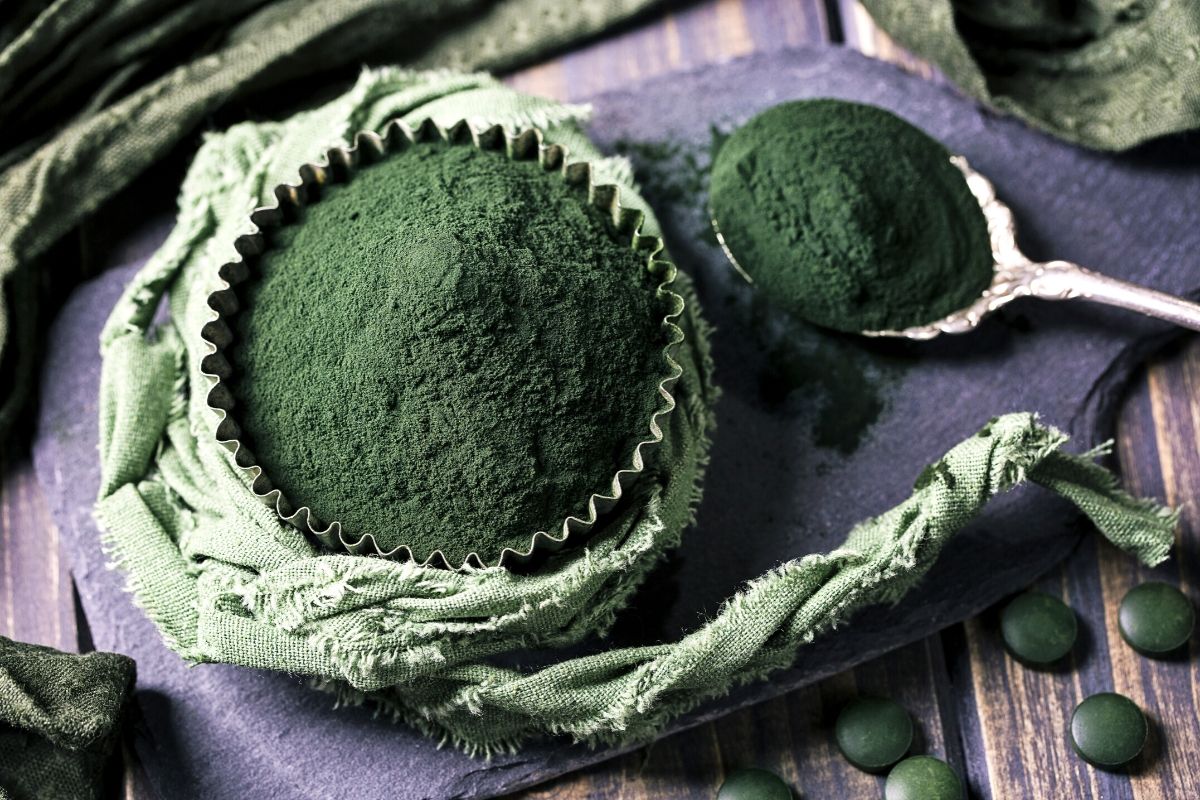 Spirulina algae in capsules and powder.

The spirulina intake is recommended for its protective properties from radiation damage, acting as a purifying and detoxifying, in particular for the liver, thanks to the phycocyanins and the very rich concentration of chlorophyll. Chlorophyll can chelate many heavy metals and toxins present in the body, proving to be an excellent detoxifying agent capable of helping to prevent and neutralize the toxic effects of substances such as mercury, arsenic, cadmium, pesticides, toxins from substances food chemicals, promoting their expulsion from the body.

It is curious and interesting to note that in 1986, spirulina was used to treat problems resulting from the Chernobyl nuclear accident, where doctors from the Minsk Radiotherapy Institute administered five grams of spirulina per day for 45 days to some of the children exposed to nuclear radiation, detecting a faster improvement than children who had not taken it.

Speaking of the immune system, spirulina has been shown to have properties that inhibit the release of histamine from mast cells. In a recent double-blind randomized study, spirulina was administered daily for 12 weeks to a group of allergic rhinitis patients. It then emerged that a high dose of algae significantly reduced inflammatory cytokine levels (by 32%), demonstrating interesting protective effects against seasonal allergic rhinitis.

The recommended dosage is 1 to 3 grams of spirulina per day. Athletes and vegans who need more protein and iron can take 6-9 grams throughout the day. However, it is recommended to start gradually with the intake, and then increase the doses.

The ideal time to take spirulina would be in the morning at breakfast, as it promotes a satiating and stabilizing effect on blood sugar which avoids hunger attacks until lunch. Sportsmen can take it as a support to performance before training, or to speed up muscle recovery immediately after, with other supplements or with food, without any particular interaction.

Spirulina in the form of a powder or supplement is considered safe in itself but, in some cases, it is better to be careful. People with autoimmune diseases such as rheumatoid arthritis, multiple sclerosis, and lupus should avoid spirulina supplements because seaweed can interact with drug therapies, such as cyclosporine and methotrexate. Spirulina can also interfere with antiplatelet therapies, particularly with drugs that slow down blood clotting such as Warfarin. This alga can also cause rashes and itching of the skin or give rise to a darker color of the stool, given its purifying/detoxifying action on the organism. In the presence of severe allergies to seafood and cases of hyperthyroidism, before taking spirulina it is always good to consult your doctor.