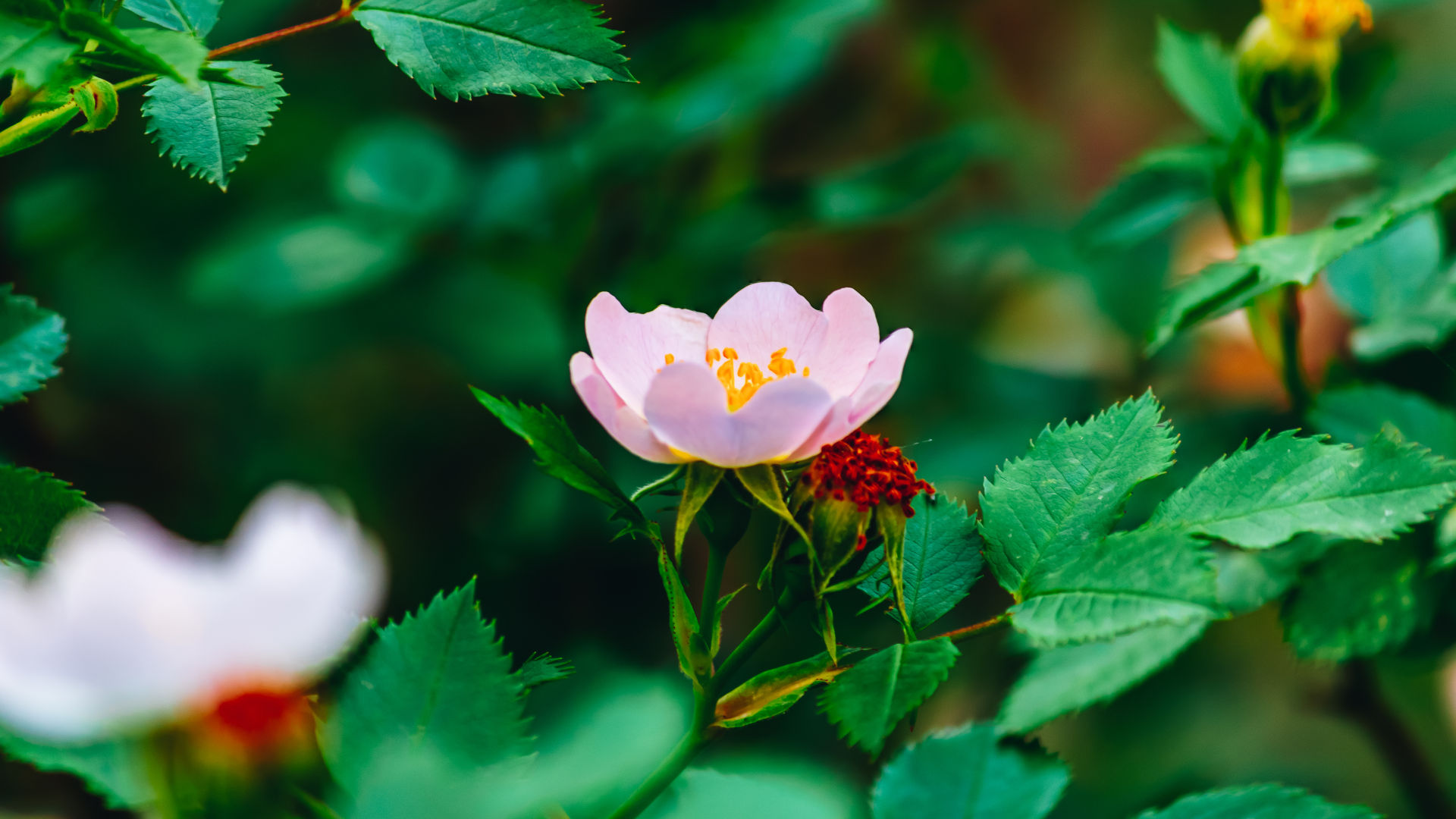 Rosehip is the most common rose species in the temperate areas of the world; just think that, in the states of Oregon and Colorado, fossils dating back more than 40 million years have been found.
Its said that it was Pliny the Elder who spread the belief that the root of this plant was a useful remedy against rabies transmitted by dog bites.
Its thorns, in fact, were compared to the sharp fangs of a dog and it was therefore logical to establish a relationship between the scratch caused by the plant and the bites of a dog. 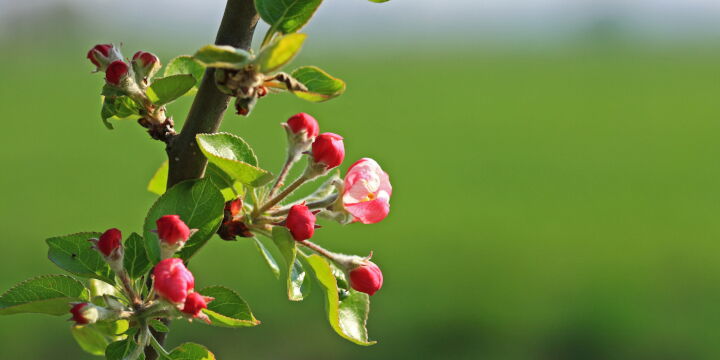 Although these indications have been excluded from modern science, already at the time of the Romans and the Persians, the dog rose was used as a remedy against tuberculosis thus spreading this use up to the Middle Ages and among various empires.
Also used to treat respiratory problems; its fruits begin to become popular also in sweets and the pulp used to prepare excellent jams or transformed into jelly.

Did its use play an important role in providing Vitamin C to British children during World War II to replace citrus? 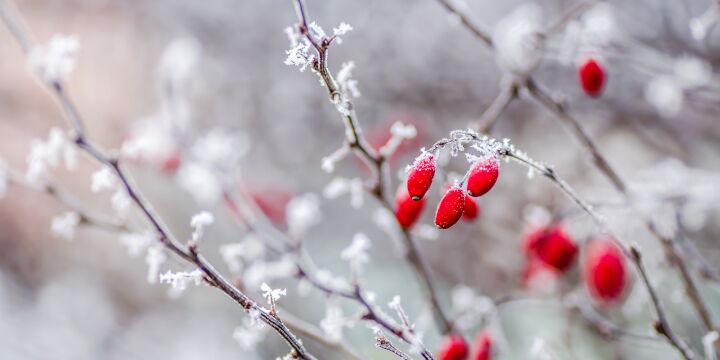 Also nicknamed wild rose, it is a perennial and thorny shrub that strengthens the immune system.
Pressing lightly with your finger, if its fruits are soft then they are ripe: the first frost makes them sweet.

Very widespread in the countryside with clayey soils, its plant can reach up to 4 meters in height with woody twigs dense with small red thorns.
Flowering goes from May to August and its flowers are characterized by five petals of white, pink or more rarely red and gold with a delicate scent: a concentrate of beneficial elements for health, rich in antioxidants.
Its berries, with a red-orange color and a sour taste, are very rich in Vitamin C, beta-carotene, lycopene and other vitamins such as A, vitamin E, some of Group B such as B1 and B2.
Contain precious flavonoids, tannins, folic acid, fatty acids and a good concentration of mineral salts and fibers. 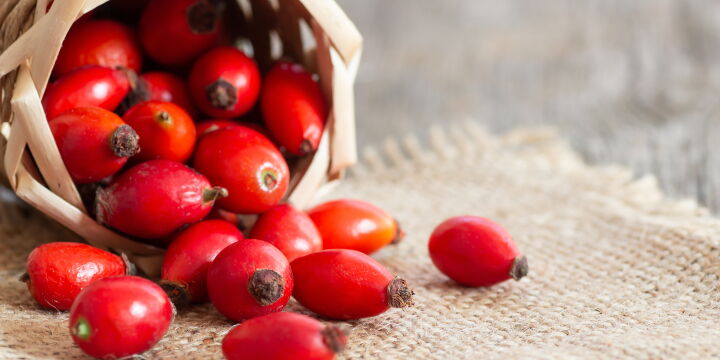 Very high amounts of Vitamin C are concentrated in the berries of the rose hip: 100 times even higher than in oranges and lemons..

100 grams of berries contain the same amount of vitamin C as 1 kg of citrus fruits which, in synergy with the antioxidant action of bioflavonoids, enhance the immune action and promote iron absorption.
A single tablespoon of pulp gives an adult more than the recommended daily dose.
The properties of rose hips concern immunomodulating actions, improving, in particular, the immune response at the respiratory level in allergic-prone subjects and in children.
By virtue of these properties it not only represents an excellent natural remedy in the prevention and contrast of allergic rhinitis, conjunctivitis and asthma from contact with pollen but it is also recommended for children to combat tonsillitis, colds, coughs, otitis and nasopharyngitis.
Its anti-inflammatory action finds an important therapeutic use in those unpleasant inflammation that involve alterations of the nasal mucous membranes, the upper airways, the eyes with consequent production of phlegm.
The anti-inflammatory action is also important in the intestine, proving useful both in case of diarrhea thanks to the astringent action of tannins and in cases of constipation thanks to the soluble fibers.

Rosehip: an ally of the skin

The high concentrations of Vitamin C, Vitamin E and bioflavonoids make it a powerful antioxidant capable of fighting free radicals and cellular aging. Furthermore, the important presence of Vitamin C favors the production of collagen.
The astringent qualities of rosehip oil are a valuable addition in cosmetic preparations with the ability to help regenerate skin cells.
The oil can be used to treat scars, acne and burns and although astringent, it does not dry out the skin but actually helps to rehydrate it.

Does drinking rosehip tea daily bring great benefits to the whole body and not just the skin?

sondaggio_si = I prepare it often

sondaggio_no = to be tried given its beneficial properties 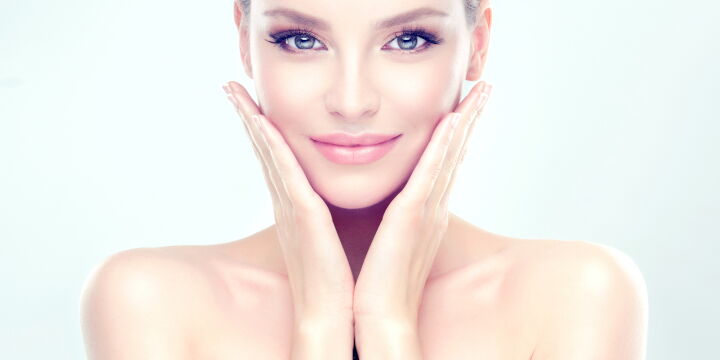 Considered an excellent detoxifying agent due to its mild diuretic action in the removal of toxins and uric acids, it is also an excellent tonic to cope with fatigue.

Do decocted petals help fight diarrhea, sore throat and can they even be squeezed to make eye drops?
The seeds are used in organic farming to make it a pesticide.

In the event of an overdose, rose hips can cause headaches or symptoms affecting the gastrointestinal system such as abdominal pain, nausea and diarrhea.
Due to the high vitamin C content, it should not be taken at the same time as antacid drugs that contain aluminum and lithium. It contains nickel and for this reason it is good to evaluate its intake if you are allergic to this metal.