Pump vs Cell Volumization in bodybuilding: two sides of the same coin

Arnold's phrase where he compared muscle pumps during training to an orgasm is unforgettable.

All those who weight train are obsessively bound to this pleasant feeling, which often borders or becomes just too painful, almost as if the skin is being torn, but makes them think with satisfaction that the workout went "well".

But in the end is it only the power of "suggestion" or is pump really an important factor for muscle growth?

This topic has long been in vogue, and it is no coincidence that lately companies have been making supplements that favour maximum circulation through the stimulation of nitric oxide.

But what is really true and useful?

If we add that in parallel (and not quite correctly) muscle pumping is associated with cell volumization, the confusion increases.

Although there are those who still believe that the "load" workout is the absolute "road" to hypertrophy, it has been established that an increase in muscle cell volume is fundamental for the anabolic state of the cell.

Now cell volumization and how involved muscle pumping is must be understood.

First of all it must be distinguished that, although related, pumping and muscle cell volumization are not at all the same thing.

Cell volume has to do with the volume of fluids present within a cell.

Cell volume is then important for allowing amino acids to enter the cell, set fire to protein synthesis, and counteract the catabolic effect during the "periworkout" phase, that is, before, during and after training.

That wonderful feeling: the pump

Be it during a series of squats, or instead distensions or pull-ups, after each muscle exercise, at a local level we find strong vasodilatation and consequent massive blood flow, rich in oxygen and nutrients to the muscles involved.

Physiologically this "reactive hyperemia" is what we "orgasmically" call pump.

When this is combined with a subsequent build-up of lactic acid and other metabolites, we will have an increase of interstitial fluid osmolarity.

This creates a concentration gradient that drags other liquids (water) from the circulatory stream.

And this is the short definition of pump.

But then, you say, what about cell volume? How are they correlated? Cell volume increases during muscle pumping thanks to the coordinated activities of two transport proteins located in the cell membrane.

First we have the sodium-potassium pump (Na+/K+) ATPase pushing 3 sodium ions out of the cell in exchange for the insertion of two potassium ions.

The second membrane co-transporter that influences cell volume is called sodium potassium chloride (NKCC), which simultaneously carries a sodium ion, a potassium ion and two chlorine ions from outside the cell to inside.

This brief summary of Biochemistry 101 shows how the action of these two membrane co-transporter "pumps" serves to make ions enter a cell, which will increase intracellular osmolarity, which will favour the push of water into muscle, thus increasing its volume.

Diagram of the sodium/potassium pump operation

The extracellular sodium gradient created by the Na+/K+ ATPase is not just for increased cell volume, but also for the entry of amino acids, essential to activate protein synthesis, and we know how important the leucine inside the cell is, led by the sodium gradient.

To stimulate muscle growth and repair after training, Leucine has to be in the cell.

Which is why, relatively linked to increased cell volume, the entrance of amino acids and subsequent activation of protein synthesis creates a link with sodium, potassium, ATP and water.

When we train we know that we damage muscle cells, so our aim is to start effectively contrasting this induced trend of catabolism as soon as possible, trying to favour and therefore predominate protein synthesis, perhaps by not skipping a supplement of branched chain amino acids, and more specifically leucine, the main activator.

Protein turnover increases in the hours after training, so it is obvious that a relative food/supplement strategy is critical for progress in short (recovery) and long terms (hypertrophy).

The key to cell volumization: hydrate

In biochemistry, the saying "a hydrated cell is an anabolic cell" is the basis of the first lesson.

It is essential to have appropriate hydration for optimal cell volume. The ability to activate protein synthesis and contrast muscle protein catabolism during the aforementioned periworkout is dependent on decisive hydration. If we even try to have a mild state of dehydration of various nature, performance, recovery and super-compensation will be greatly compromised. 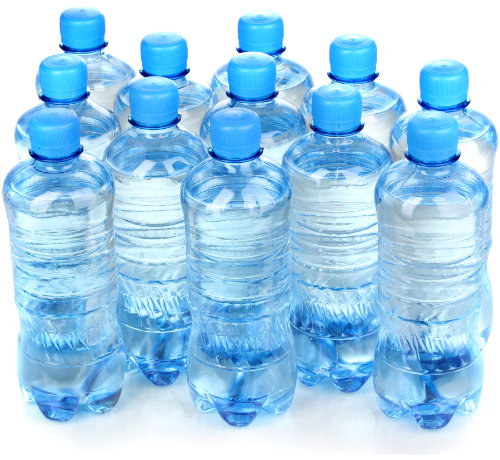 All the above discussions on co-transporters and the concentration gradient were not made to complicate the issue.

To have water within a cell and increase its volume, osmolytes are necessary, which are the molecules that drag water inside.

Let's also remember chlorine, calcium and phosphorus, but I would say that for the main purpose of volumization and amino acid uptake, sodium and potassium are responsible.
Sodium is also highly dependent on blood volume - just try to work out with sodium depletion conditions and it will be virtually impossible to feel the pump.
Potassium is found in many foods like potatoes, broccoli and bananas, to name a few with large amounts.
Magnesium then comes to play an important role, particularly for the Na+/K+ ATPase and NKCC pumps.

Speaking of cell volume and in particular the elements that favour it, it is impossible not to mention creatine.
Its cell volumization supporting action is direct and indirect.

This is an important osmolar that directly increases cell volume by dragging water inside the cell, creating a highly anabolic intracellular environment.

I said that the sodium/potassium ATPase pump uses energy in the form of ATP to push sodium outside against the concentration gradient. This feature is so important to life itself that more than 30% of cellular ATP is used for this co-transporter's activity.

On average, the recommended dose of 5 grams is sufficient to generate this increase.

I personally believe that nutrition, and correct periworkout supplementation, is a determining factor to take advantage of to promote optimal cell volumization and counteract the catabolic effect of training.
The amino acids are osmolytes themselves, that when transported into the muscle cell, lead water inside the cell.
Insulin will not only activate the amino acid transport systems, but will increase cell volume through glucose uptake.
In practice, what should we do if we want to optimise everything? This matter deserves much more than one article, and more insights combined with every facet of the situation, but let's give some guidelines that can be of help and food for thought. 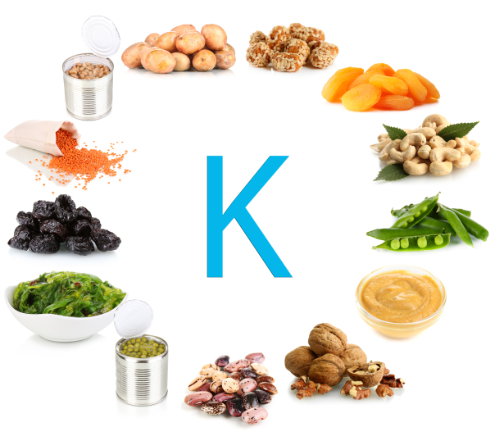 Ingest "functional" carbohydrates, like the recent exploitation of the "notorious" cyclodextrins, which will gradually replace the various vitargo, waxy maize and other glucides, which can manage stable and calibrated insulin and blood sugar timed together with the hydrolysed protein it binds to.

I want to emphasize at this point that a good diet is a necessary foundation; here we speak only of supplementation as such, which goes to support our purposes (cell volumization), taking the most advantage of supporting maximum blood flow.

In order to maximize cell volumization, remember also that sodium (pressure support and therefore blood volume), water (it is advisable to start a workout already well-hydrated), potassium, magnesium and calciumare of substantial importance.

Pre-workout (15 minutes before) and during workout

A crucial moment in my opinion. Milos Sarcev (former IFBB pro and "discussed" coach) was the first to investigate the benefits of the additional support of carbohydrates and protein fraction in the moment of maximum hyperemia of muscle intensive labour, theories that have been honed over the years and have been made significantly more effective.

This is the time when stimulated nitric oxide and beta-alanine supplements to further increase blood flow to musclesare also recommended. More blood to the exercised and damaged muscle = more oxygen, more macros, and therefore faster recovery and removal of waste metabolites.
Nowadays, there are many coaches (all my "mentors" for example) that encourage the support of functional carbohydrates and hydrolyzed protein forms, or even better, essential amino acids during training.

But digestion should not hinder training, maybe also subtracting precious fluids from the bloodstream, and even creating heavy gastrointestinal discomfort.

Digestion should be very rapid in its passage to absorption and subsequent release into circulation, creating a metabolic-hormonal environment that is well prepared for fast glycogen synthesis and muscle cell repair. At this time, the use of electrolytes can be an extra factor for maximizing cell volumization.

How much has been said over the years, creating a dogma of "terror" about the anabolic window that imposes a race to consume carbohydrates and proteins or amino acids within half an hour or forty five minutes.

Over time it has been seen that the window after training is much more extensive in the following hours, but not only!

The acute inflammation state immediately after wouldn't be an optimal environment to refresh your muscle glycogen. George Farah (known top trainer) has built a pillar of his methods thanks to his no carbohydrate supplement immediately post-workout to make action room for the endogenous GH produced.

Actually, what muscles need after having just finished training are: protein, water and...rest, because the acute fibre inflammation and the hormonal state created would not guarantee a particularly effective massive introduction of carbohydrates immediately after exercising.

We will have more to say in a future article about this case, too.

Maximum muscle tension in response to high-intensity training activates direct protein synthesis itself, and amino acid uptake is activated in part by the sodium-potassium ATPase pump.

An optimal situation to create an anabolic state for muscle growth!

So we set a muscle under a demanding load, but with sufficient time under tension, and we will have activated protein synthesis and an increase of the entrance of intracellular amino acids.

Maximizing the pump in training is not only an ego-related factor, or just a muscular orgasm.

Reduced pauses, various set extension techniques and changes in the time under tension are all elements to take advantage of to generate more "tension" on the target muscle.

Suggested articles
Pump | How Do the New Generation Pre-Workouts Help?
Why are saturated fats bad for you?
Creatine in sports: use, benefits and side effects