The thistle is a biennial medicinal plant of the Asteraceae family, present throughout the Mediterranean basin.

It reaches a height of 150 cm and is hairless and very thorny.
Approved in the US since 1986 for the treatment of the most common liver diseases, it is now among the plants most known for supporting liver function.

Silymarin, the mixture extracted from Cardo

It may be useful against the damaging effects to the liver by many chemical toxins, and the properties of the Thistle are due to a mixture extracted from its seeds: the silymarin (Mixture of flavonolignans: silybin, silydianin, isosilibina and silychristin) which over the years has gained recognition for its utility as a protective liver substance in cases of:

Detoxification has added antioxidant action against the membrane lipids of the liver cells, thus helping to protect them from oxidative damage (capture of free radicals).

Cardo is also attributed to a reduction in the release of leukotrienes (pro-inflammatory substances); hence its anti-inflammatory action is recognised for years. 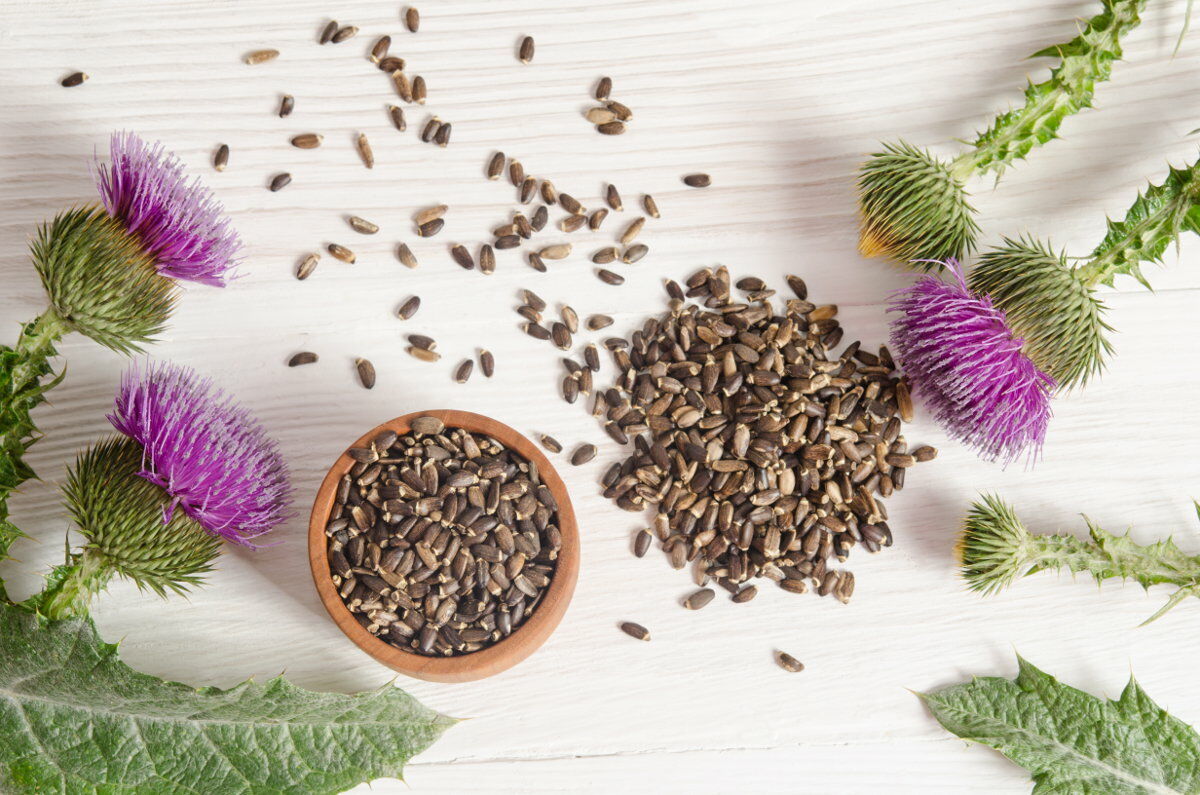 The seeds of milk thistle are a source of silymarin

Milk thistle is used in all liver diseases in which both anatomical and functional damage is found, since it can perform regenerative action against liver cell and helps make the cells more resistant against hepatotoxic agents.

The thistle can be taken as a dried extract, tinctures, capsules or teas/herbal teas and even as a homeopathic remedy; It is a source of Tyramine, that must be used with caution in patients with hypertension as Tyramine can cause increased heart rate and blood pressure.

In these subjects it is certainly preferable to use silymarin, extracted directly from the Milk thistle.

Long recuperation periods can be a valuable aid to the incessant and vital liver activity.

The seeds, when crushed and powdered, are known to have healing power on wounds if scattered directly on the latter.

Not only seeds: roots and leaves can also be used

The roots of the Thistle also have beneficial febrifuge and diuretic properties while the leaves, no less interesting, can be made into a drink (appetite stimulation).

The Milk thistle is in fact also used in the production of herbal liquors.

In the writings of the natural medicine, hepatoprotective activity of Milk thistle is reinforced by its synergy with other plants whose combination amplifies the results obtained; the use of the Thistle in its own right is a bit less recommended.

If we decide to prepare a "domestic" decoction we should follow the following precautions in the preparation: 3 grams in 100 ml of water; 2/3 cups a day; the said decoction seems to be helpful in people who suffer from hypotension (low blood pressure).

Milk Thistle is also called milky thistle and is thought to also have galattogenic properties, which is why it was used on lactating women to increase their milk production. 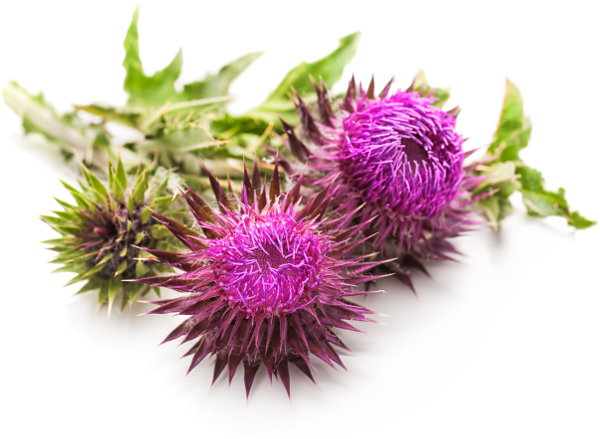 Possible side effects of taking Thistle, which should be always kept in mind, are as follows:

This is not a medical magazine, the information provided by this website is for informational purposes only and is general in nature; it can not replace the requirements of a doctor or other health care professionals qualified by law in any way. The notions about dosages, medical procedures, and product description on this web site are for illustrative purposes and do not allow one to acquire the necessary experience and skill for their practice or their use. If you have been prescribed medical treatment I invite you to not interrupt them or change them, because all the tips are to be always incorporated after the advice of your doctor only.

Suggested articles
The 6 best natural remedies to cleanse the liver
Does the Metabolic Diet work?
The difference between saturated, unsaturated and trans fats