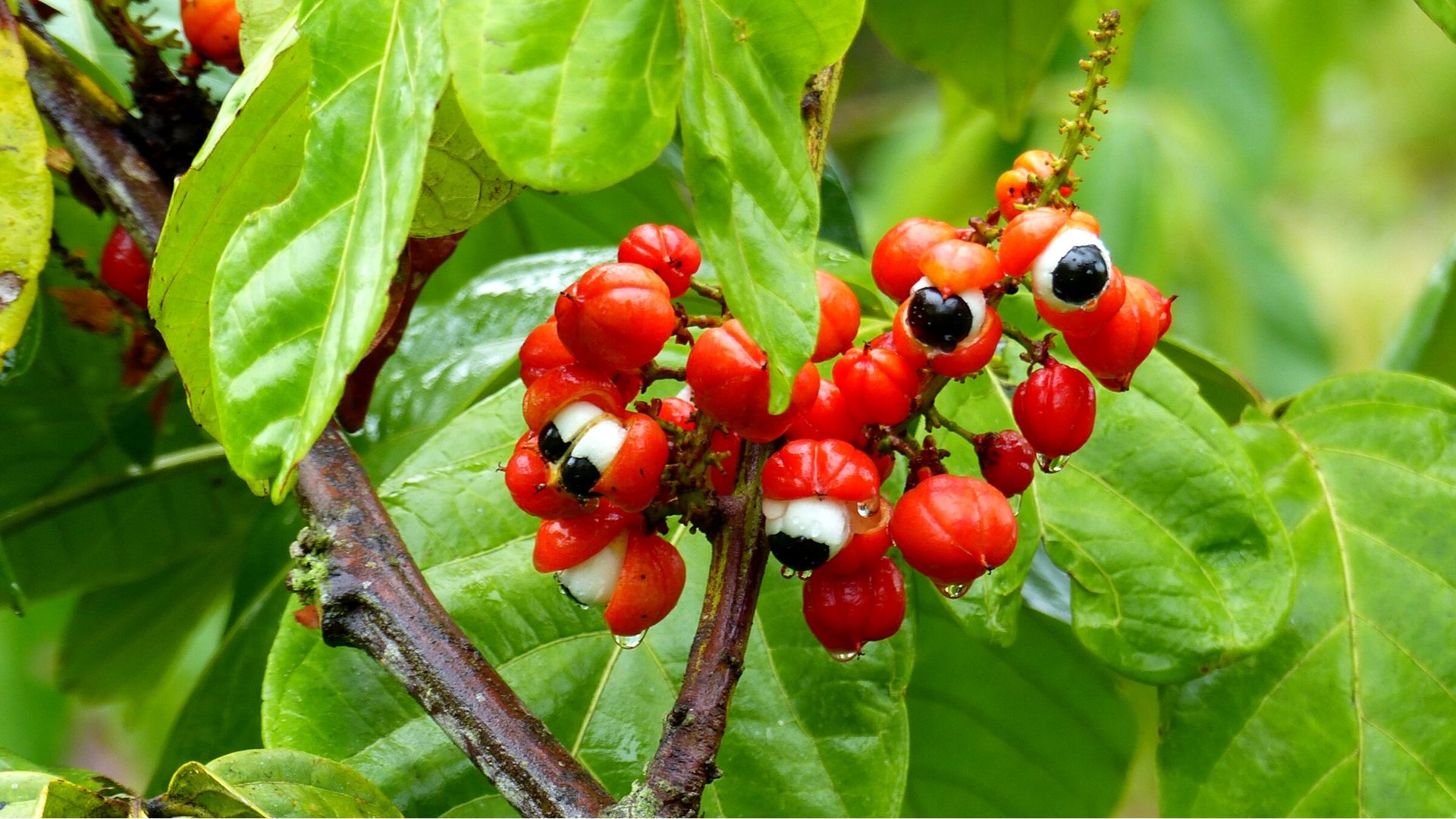 The substance commonly referred to as guarana is a drink made from the seeds of Paullinia cupana, a plant native to Brazil grown in the Amazon rainforest. Currently, 70% of the products obtained from the cultivation and processing of this plant are used to produce energy drinks, while the remainder is consumed by infusion or in the form of guarana powder in capsules. 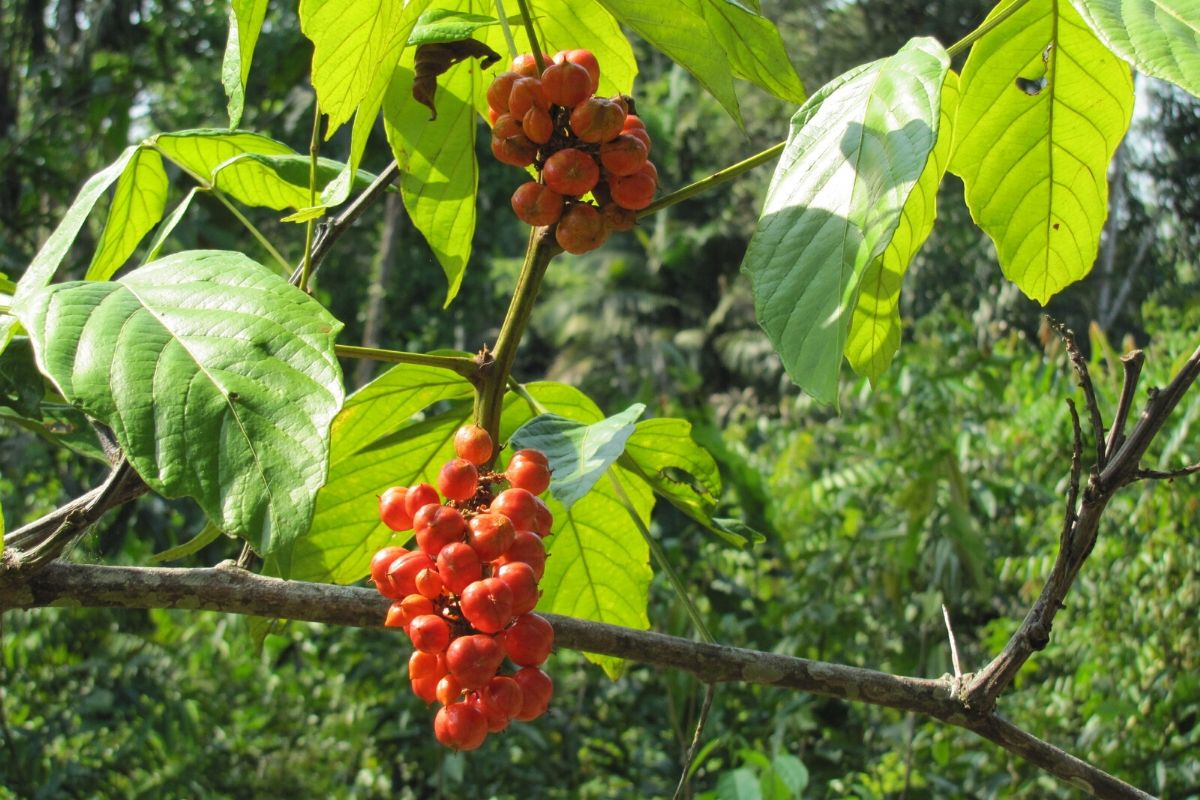 The typical processing of the guarana seeds requires that these are collected, chopped, and then mixed with water to obtain a paste. This paste is then dried in the form of rolls and marketed.

Alternative processes also include a light roasting of the guarana seeds which, in contact with heat, dehydrate, facilitating the subsequent milling (fine grinding). The preparation of the drink takes place with a process similar to that of tea, by boiling water and putting the dried paste inside for the extraction. The resulting drink is very refreshing and has strong energizing properties. The slightly bitter and astringent taste is due to the presence of caffeine and polyphenols (tannins). Another format in which it is commercialized is freeze-dried guarana powder, commonly used to prepare drinks.

How are guarana supplements made?

Extracts are obtained following the extraction of the active ingredients from the raw material. To get the guarana extract, you start by removing the pulp of the fruit from the seeds, drying them at a controlled temperature up to 8-10% humidity. Controlling the temperature allows you not to damage the compounds contained in guarana seeds. Once dry, the seeds are ground up and put in contact with a solvent (a liquid that is capable of extracting compounds from seed powder) for extraction.

After the extraction phase, the seeds are removed from the diluent and washed again to eliminate other active substances. Then, the products of the washes and the initial extraction are combined to guarantee a minimum content of active ingredients (for example, caffeine). The solution is finally allowed to cool down and the unwanted substances are separated by precipitation. At the end of the process, a final filtration guarantees the purity of the extract.

The extracts are used to prepare guarana food supplements or pharmaceutical products. The substantial difference between a supplement and food is the number of active ingredients that we find in the products. It very often happens that to obtain the beneficial effect attributed to a compound through the consumption of food, you must consume excessive quantities of it! That is why supplements can be a good idea. 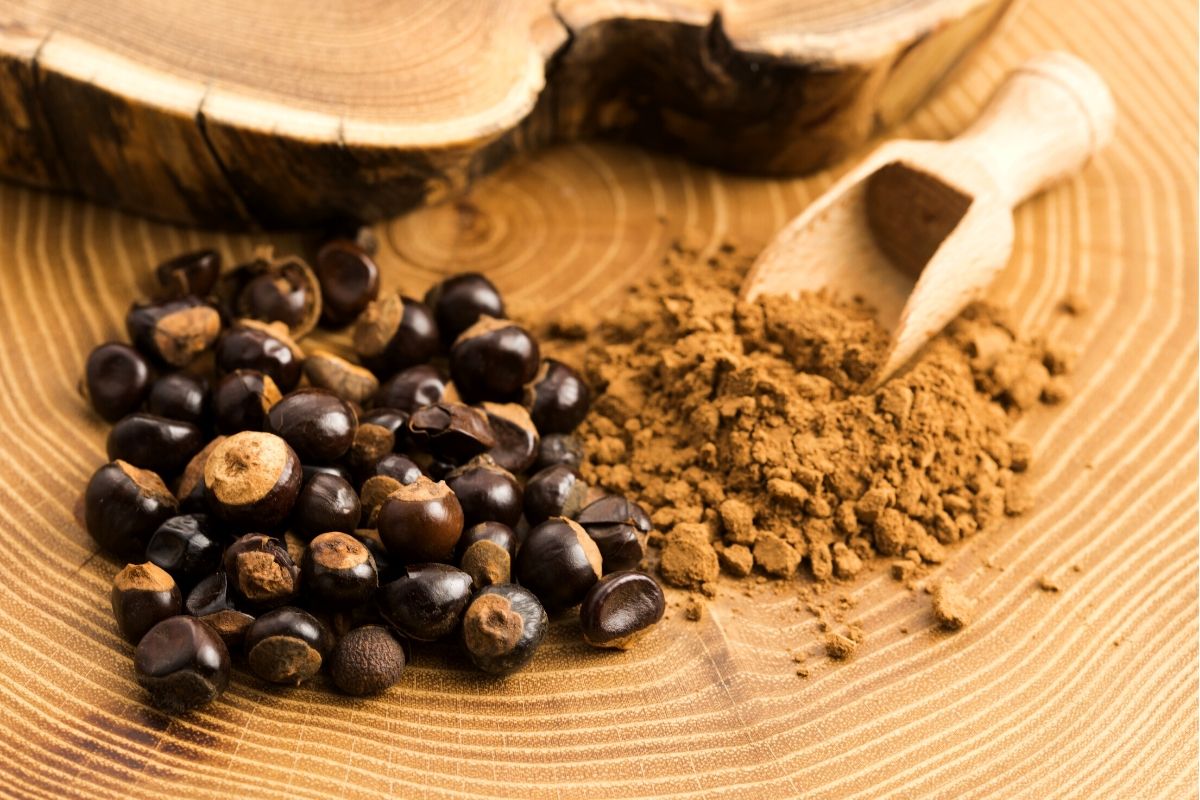 Guarana has always been known for its energizing properties and, for this reason - in addition to being used as a food supplement in itself - it is widely used as an ingredient to produce:

These effects are added to the benefits of attention and memory demonstrated through studies conducted on humans. The products obtained from this plant, along with others such as tea and coffee, are part of a category of foods called nervine foods. The peculiarity of nerve foods is that they contain compounds capable of interacting with the nervous system, mostly as exciting.
Another property that some studies attribute to guarana is the ability to positively influence the lipid metabolism and increase both the basal metabolism and weight loss.

The compound responsible for guarana's strong energizing properties is called guaranine. This molecule, in reality, is nothing but caffeine present in the seeds in variable quantities, from 3 to 5%. Also in this case, similarly to what happens for theine, it is usual to use a different name for the same compound. This is because many names were attributed to compounds before it was possible to identify them precisely. In addition to caffeine, we find two other molecules that possess nervine activity: theophylline and theobromine.

These three compounds are purine alkaloids, so defined because their origin is linked to that of the purine bases adenine and guanine which constitute the nucleotides and nucleosides. In this case, theobromine is considered responsible for the slight diuretic action of guarana, while theophylline has a stimulating action similar to that of caffeine and acts as a bronchodilator.

These elements are present in guarana in much lower doses than caffeine: we are talking about 0-0.25% in the case of theophylline and 0.2-0.02% for theobromine. 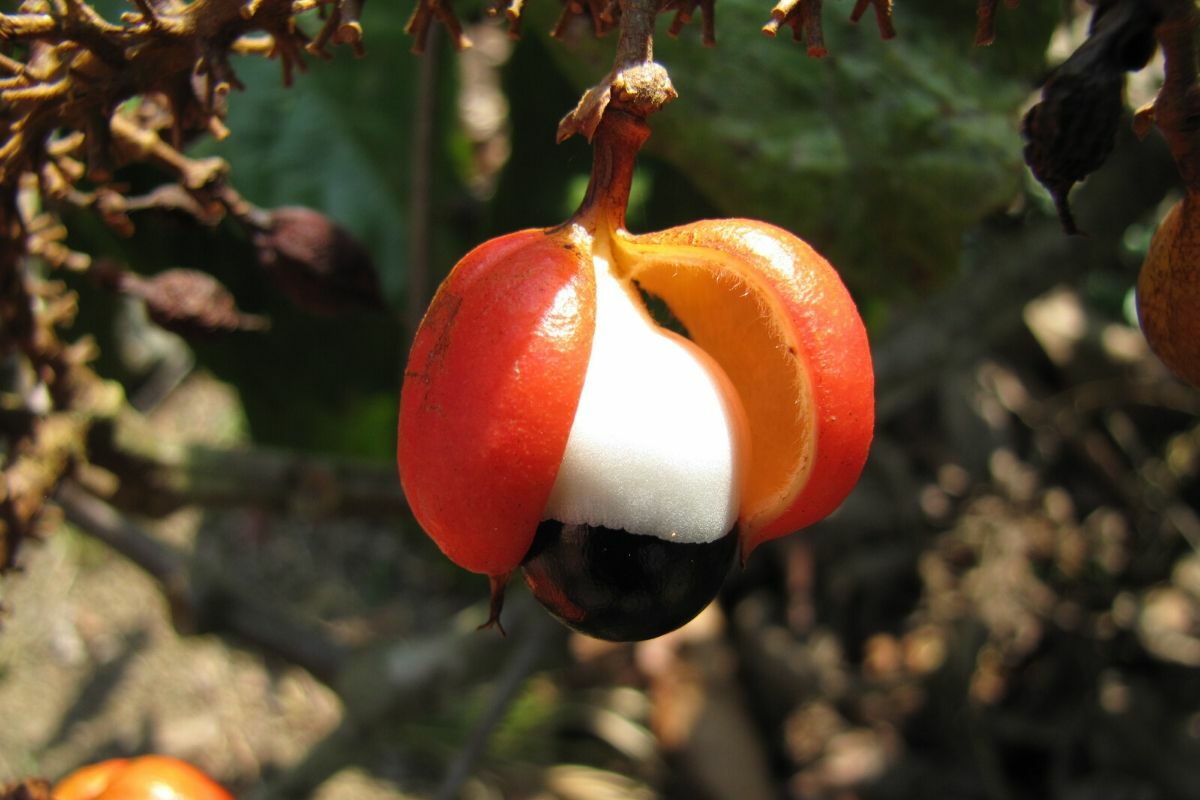 Adults that constantly use guarana get several benefits. Habitual consumption seems to lead, in fact, to a lower incidence of:

In addition to the benefits attributable to the content of the alkaloids described above, guarana's antioxidant properties play a central role too on our wellness. The guarana seeds contain about 7-9% of polyphenols, especially condensed tannins such as catechins and epi-catechins.

Guarana, together with the other plants used to obtain nervine foods, is an excellent support for both energizing and antioxidant properties. Consuming regularly, without exceeding, drinks or extracts of these plants can be considered a winning strategy to better deal with problems such as mental fatigue caused by stress.

Furthermore, being aware of the great qualities that plants possess is a way to get closer to nature and appreciate the immense treasure it represents. Focusing more deeply on the relationship that nutrition has with nature and the advantages that can be drawn from this knowledge is certainly a milestone in the education of future generations to respect nature and themselves.

Suggested articles
Vitamin C (ascorbic acid): properties and benefits
Supplements and diet in cycling
Creatine in sports: use, benefits and side effects