Berberine: a new weapon from nature

We increasingly hear the media speak about metabolic syndrome as a set of cardiovascular risk factors that include obesity, high blood pressure, hyperglycemia, insulin resistance, and elevated cholesterol and triglyceride levels in the blood. However, we still do not speak about it enough.

In addition to cardiovascular disorder and type-2 diabetes, metabolic syndrome has been implicated in many other chronic disorders, and individuals with metabolic syndrome appear to be susceptible to problems such as heart attacks, depression, arthritis, Alzheimer's disease, polycystic-ovary syndrome, infertility, steatosis, sleep disorders, and some forms of cancer, among others.

The negative use of carbohydrates by the body -- in terms of both blood values and certain signals in the body, such as the development of an abdominal "spare tyre" -- not only has a bad aesthetic effect but becomes, over time, a cardiovascular risk factor.

This is a problem that silently and gradually affects all age groups, from young to old. Often, it is primarly insulin resistance that we must avoid and combat. Insulin resistance can be combatted by means of healthful and targeted nutrition and a suitable, active lifestyle.

Cell resistance (especially muscular) to insulin can be achieved by means of a healthful intake of nutrients like carbohydrates in the first place, which can reduce the risk of hyperglycemia and the subsequent systemic inflammatory state, which can contribute to the development of various diseases as well as a "spare tyre" of abdominal fat.

Before resorting to using too many hypoglycemic drugs and statins, try to apply certain attitudes and an adequate diet, and let nature come to your aid.

Berberine: another new "miracle" from nature?

Berberine is a bioactive compound derived from an extraction of various plants including Berberis, that has piqued my interest for some time. Therefore, I have studied the characteristics in-depth to formulate a product that contained it, because with the studies in hand, it is obvious that we are faced with a very powerful herbal supplement.

Technically, it belongs to the class of yellow-coloured alkaloids, long used in traditional Chinese medicine to treat many ailments.

Today, modern science has confirmed its positive effects and the most futuristic and forward-thinking companies are beginning to insert the supplement into a range of products. We are still at the beginning of the process in Italy, but in the US, for example, many cardiologists, oncologists, diabetologists, nutritionists and some endocrinologists are prescribing it with very satisfactory results, so as to compare it to the effects of a powerful and well-known hypoglycaemic medication: metformin. In addition, there are several drugs, such as statins for cholesterol which dramatically deplete CoQ10, or the aforementioned metformin which also affects stocks of vitamin B12. 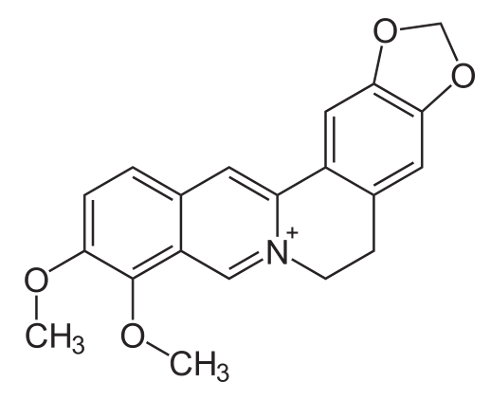 Always working on the research, study and diffusion of active ingredients, I recently noticed Berberine's entry among the most effective natural substances against metabolic syndrome, with the stabilisation of blood sugar, lowering lipids, weight management and as an interesting cardiac support.

Scientific literature offers us many different studies in its favour, and shows:

To this end, I address myself to the many people who have a bad relationship with carbohydrates.

Berberine could help in the use of carbohydrates by the muscle cells. An effect that really recalls the common pharmaceutical drug, metformin, to which it has also been compared in studies! From a skeptical "man of science", I cannot, however, help but get excited by the analysis of all the data in its favour.

How does berberine react?

After ingestion, berberine is absorbed and transported via the blood stream and then binds to various intracellular targets, changing their function. It acts just like a pharmaceutical drug.

One of its major actions is to modulate an intracellular enzyme AMP-activated protein kinase (AMPK), which is a kind of regulator of the central energy of the cell, which controls how much energy is produced and consumed, both by the cell and by the body. It has been found in the cells of various organs such as the brain, kidneys, heart and liver.

It regulates the various normalisation activities of lipids, glucose and energy imbalances. 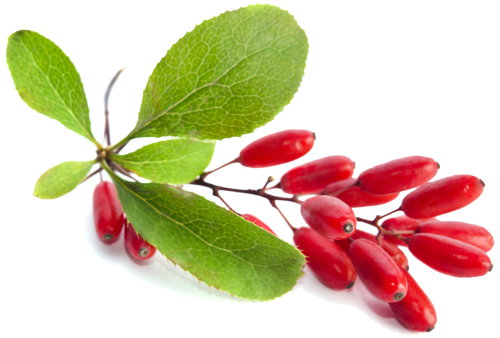 Berberis Vulgaris or Barberry, one of the plants from which we derive Berberine

Type 2 diabetes is a serious and incredibly common disorder, both prevalent in the past as well as in recent decades, always causing numerous deaths due to complications which develop over time. But we also talk about all of those who have borderline values ??of hyperglycaemia and who have a bad habits related to their carbohydrate intake.

We know that diabetes is characterised by increased glucose caused by insulin resistance, or to its total lack if type 1 diabetes. Over time, high levels of blood sugar can damage tissues and organs, causing increasingly serious problems and reducing life expectancy.

It is interesting to see how this resource from the plant world can act with so many mechanisms:

Not bad at all, I would say...and the results are real.

There is a study of 116 diabetic patients who took 1 g/day of Berberine and it lowered their blood glucose by 20% (from 126 to 101 mg/dL), some passing gone high glucose levels as a diabetic to normal physiological levels! Furthermore, glycated haemoglobin A1c decreased by 12%, improving blood values ??as well as cholesterol and triglycerides.

But beyond that, there are another 14 studies in comparison with metformin, glipizide and rosiglitazone. Yes, I would call the analysis of these statistics a real success, promoting this supplement with flying colours.

I would also like to add that the Berberine could have positive effective on weight loss. It is an element of added value that can't help being liked by many people who are victim to metabolic syndrome (and/or of themselves).

I also invite to read the two studies relating to its effect on body weight. The most impressive was conducted on a sample group of 37 men and women with metabolic syndrome. The study duration was three months and the participants took 300 mg three times a day.

They passed from a body mass index (BMI) of 31.5 to 27.4, with an improvement in the abdominal fat level (typical of insulin resistance and cardiovascular risk factors) and other markers on overall health. The researchers believe that the weight loss was caused by an improvement the function of hormones which regulate the mobilisation of fat, such as insulin, adiponectin and leptin.

That's not all! The literature also talks about the inhibition of fat cell growth at the molecular level.

Berberine and its impact as a cardiovascular preventitive

The initial scientific literature that I analysed was regarding its power to lower levels of LDL cholesterol, triglycerides and raise HDL cholesterol by acting to improve these and other cardiovascular markers in a very interesting way.

Berberine, as taught by traditional Chinese medicine, may have other positive health effects:

All of these cases are preliminary studies and more research is required before you insert these effects among the indications, however the current evidence is very promising.

Dosages and side effects of Berberine

From the analysis of these studies, which I would invite you to go and read, are based on the range of 900 to 1500 mg per day.

Berberine has a half-life of a few hours and must be fractionated in its intake, which is usually recommended at 500 mg three times a day before meals to create a certain stability on the circulatory levels.

In the presence of certain diseases it is important to talk to a competent specialised physician before taking it, especially if you are already taking hypoglycaemic drugs. In general, however, Berberine has a high degree of safety and tolerability. The negative effects which can affect some sensitive subjects are related to the gastrointenstinal system, with cramps, stomach discomfort, diarrhea and flatulence.

Again, it is interesting to see how nature has put premium supplements at our disposal to this degree of power and potential to be included both as a support under certain conditions, as is happening more and more often, or to counter growing disorders such as metabolic syndrome and sensitivity to insulin. It must always be combined with a healthy and targeted diet and an active lifestyle, which are too often left by the wayside, even by the medical profession.

Yamamoto nutrition is always at the forefront in the search for more effective and innovative raw materials and has also made this fantastic new generation supplement available.

A selection of the most interesting scientific references (there is an abundance of other material):

Suggested articles
Pycnogenol: the most powerful scavenger in nature
Enough with the seasonal ailments! These remedies help your defenses
Healthy diet? Here's the solution