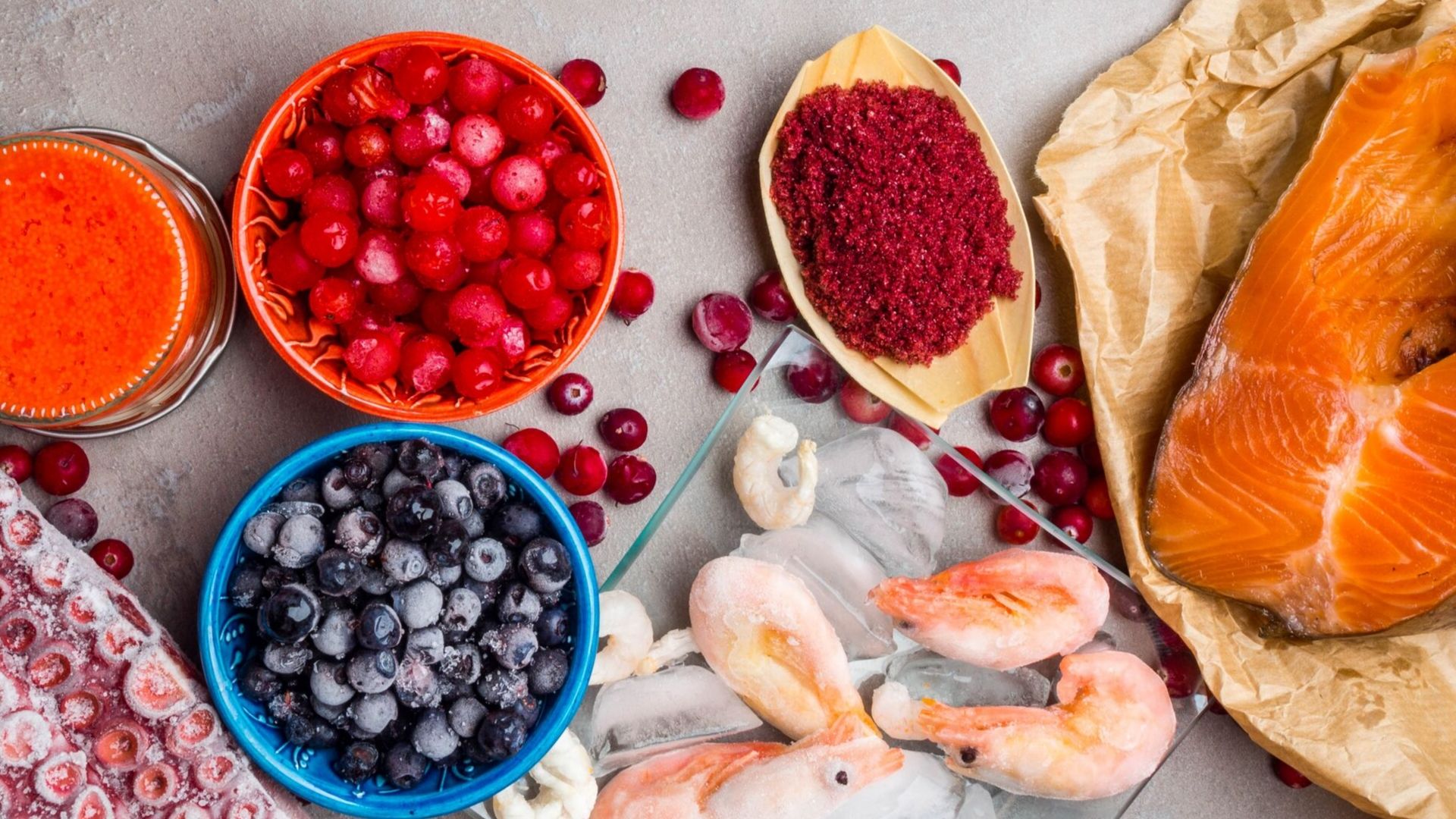 Astaxanthin is a natural substance with an extraordinary antioxidant power that comes from a tiny freshwater alga belonging to the xanthophyll family, Haematococcus Pluvialis.

This bright red keto-carotenoid enters the food chain of fish and mollusks giving them that characteristic "salmon color", and is one of the natural elements with a lot of potential in the nutraceutical field thanks to its special chemical structure.

It promotes the "deactivation" of oxygen radicals both inside and on the surfaces of mitochondrial and plasma membranes. 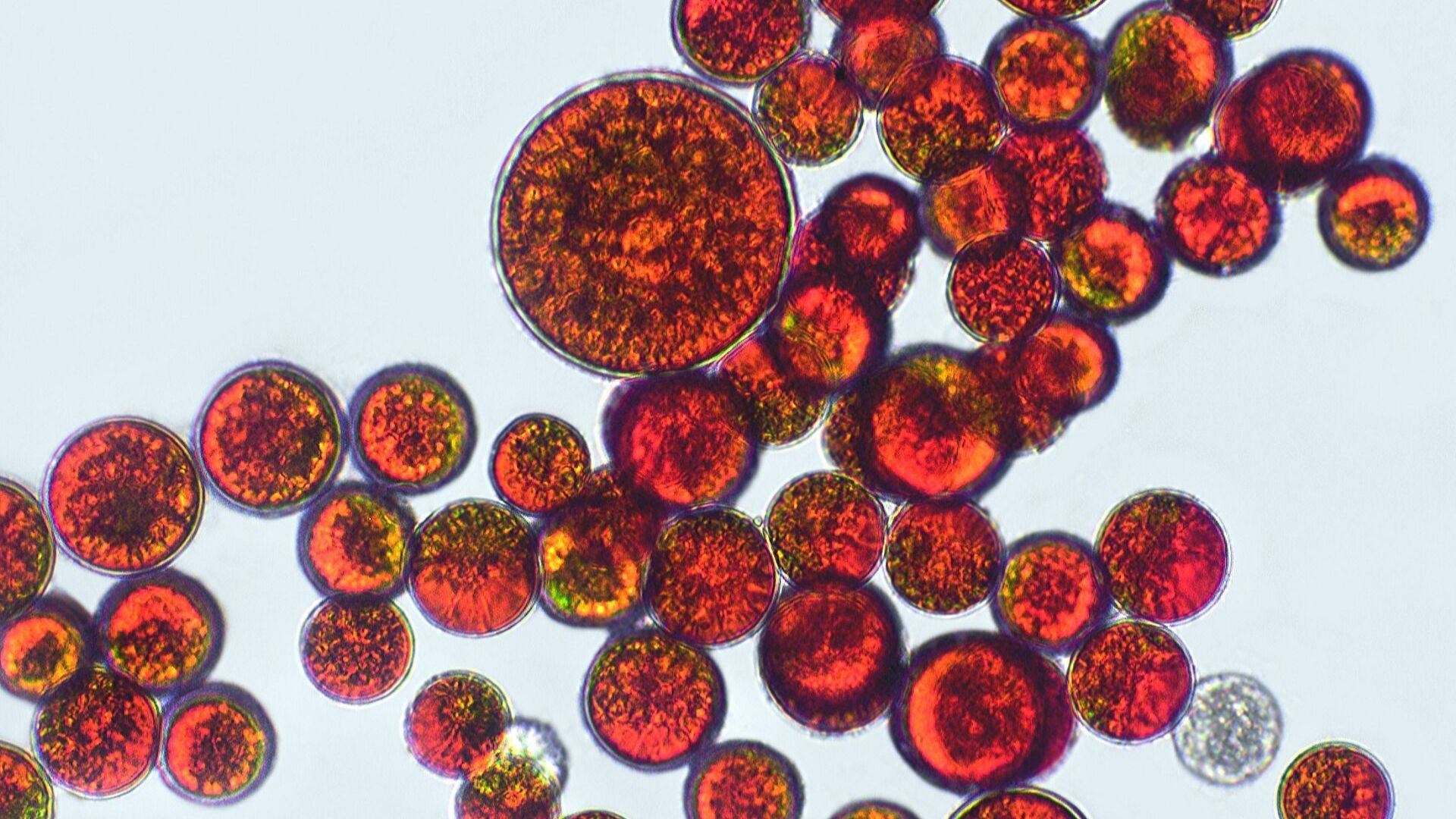 Astaxanthin is a liposoluble molecule, i.e. it extends its high level of antioxidant action to many parts of the body rich in fat, such as the nervous system, the skin, the lungs, the adipose tissue.

Clinical interest has focused very much on the benefits of astaxanthin for the cardiovascular system since it is useful on three fronts:

Astaxanthin is also increasingly getting talked about in the ophthalmological field thanks to its anti-inflammatory action and improvement of the microcirculation. It is valid support, especially in reducing the symptoms of the very annoying "computer vision syndrome" and the eye fatigue that many people experience after reading or using the smartphone frequently.

The last big hype concerns the health of the skin: because of its ability to defend against damage from light radiation and photo-aging, astaxanthin helps protect the skin from aging as well as preventing sunburn. But the benefits of astaxanthin for the skin don't end there!

This nutraceutical is also a formidable anti-aging drug since interesting effects on the reduction of the depth of wrinkles and on improving skin elasticity have been highlighted.

The precious red pigment of astaxanthin also affects cognitive abilities and learning abilities, since the molecule is able to overcome the blood-brain barrier. The latest studies also witness it emerge and shine in the gastroenterological field and in that of male infertility.

Properties of astaxanthin for sports enthusiasts

In sport, astaxanthin is coming to the fore - as well as being a natural antioxidant and anti-inflammatory against stress caused by exercise - also as beneficial support for mitochondrial function.

Furthermore, astaxanthin presents a curious intervention on the mobilization of energy substrates, helping to save glycogen.

Yamamoto Research is always looking for the best raw materials to offer on the market and for this reason, the quality of AstaReal® AB astaxanthin was chosen, a patent created following the highest degree of scientific literature and international quality and safety certifications. It is produced by a Swedish company owned by the Japanese group Fuji Chemical Industries Co. Ltd., one of the world's leading players in the biotechnological production of natural astaxanthin based on microalgae fermentation.

Suggested articles
Solar Supplements | How to Best Prepare your Skin for the Sun
Vitamin C (ascorbic acid): properties and benefits
Nutrients and their importance for the proper functioning of our body